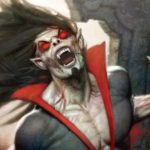 Having launched its ‘Universe of Marvel Characters’ back in 2018 with Venom, Sony Pictures is expanding the Spider-Man spinoff franchise this year with a live-action adaptation of Morbius, the Living Vampire, and it seems we’ll soon get our first look at the film. As reported by Comic Book, Alberta Film Ratings has granted a PG […] 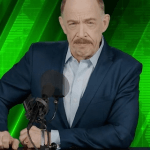 After returning to the role of J. Jonah Jameson earlier this summer for a surprise appearance in the post-credits scene of Marvel and Sony’s Spider-Man: Far From Home, a new rumour is doing the rounds suggesting that Simmons will be back as the iconic Spider-Man character next year for an appearance in Sony’s Morbius movie. […] 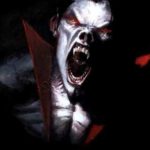 With filming now underway for Sony’s next Spider-Man spin-off Morbius, The Living Vampire, fans can now get their first look at the living vampire from the film. Star Jared Leto shared the first look of him as Morbius on his Instagram. Check it out here… SEE ALSO: Jared Leto’s Morbius takes flight in new set photos and video […] 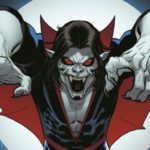 Earlier this month, Jared Leto announced that filming was underway on Morbius, the Living Vampire, Sony Pictures’ second Spider-Man spinoff movie, and now a spy photo from the UK set of the movie has arrived online which gives us our first look at Leto in the title role as Dr. Michael Morbius. Check it out […] 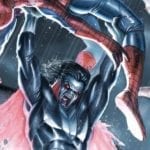 Fast & Furious star Tyrese Gibson has become the latest addition to the cast of Sony’s Spider-Man spinoff movie Morbius. According to The Hollywood Reporter, Gibson will portray an FBI agent on the trail of Dr. Michael Morbius, played by Jared Leto (Suicide Squad). Also featuring in the cast are Adria Arjona (Pacific Rim Uprising) as […]

With production now underway on the gloomier streets of old London town, Jared Leto has shared an image to celebrate the first week of shooting on Spider-Man spin-off movie, Morbius. 1 week down…11 to go…?‍♀️?‍♀️ Get Ready ?#MORBIUS @MorbiusMovie pic.twitter.com/3Tm9CGGKFz — JARED LETO (@JaredLeto) March 5, 2019 There’s no hint of vampire yet, with the […] 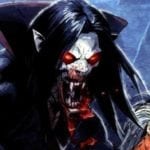 With production having commenced a few weeks ago, Deadline has announced that Sony’s Spider-Man spin-off Morbius, the Living Vampire has added Jared Harris (The Terror) in an unknown role. Harris joins Jared Leto (Suicide Squad) in the film, with Leto playing vampiric anti-hero Michael Morbius. Created by Roy Thomas and Gil Kane, Dr. Michael Morbius made his debut […]

After a successful launch of ‘Sony’s Universe of Marvel Characters’ with last year’s box office smash Venom, the studio is gearing up to start production on the second instalment of its shared Spider-Man(less) universe, with Jared Leto teasing on Instagram that he has arrived in London ready to start shooting the Morbius, the Living Vampire movie. […] 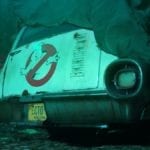 Having announced last week that Jason Reitman is on board to direct a new instalment in the original Ghostbusters continuity for release in Summer 2020, Sony Pictures has now announced that the as-yet-untitled Ghostbusters 3 will open on July 10th 2020. Little is known about Reitman’s plans for the new Ghostbusters movie, but it has […]