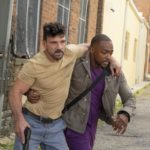 With just three weeks until Point Blank arrives on Netflix, the streaming service has released a poster and trailer for the upcoming action thriller. Directed by Joe Lynch, the remake of the 2010 French film of the same name stars Anthony Mackie as an ER nurse who is forced to team-up with a badly-injured criminal […] 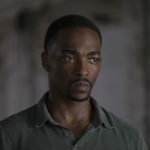 According to Collider, Netflix is looking to reunite Captain America: The First Avenger and Captain America: Civil War co-stars Anthony Mackie and Frank Grillo on a remake of the 2010 French action-thriller Point Blank. The film is being directed by Joe Lynch (Mayhem) from a script by Adam G. Simon (Man Down), and will see […]