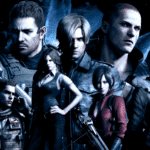 Chris Cooper ranks the Resident Evil games… Back in 1998, around the time the second game was released, was when my relationship with Resident Evil began. My brothers and I were too young to be playing it but we’d managed to convince our mum to get us a copy of the first game now that […] 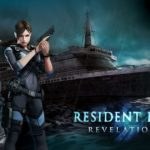 Shaun Munro reviews Resident Evil: Revelations Collection on Nintendo Switch… It was just a matter of time before the Resident Evil franchise made some sort of an appearance on the Nintendo Switch, and these new ports of the two Revelations titles, initially released in 2012 and 2015 respectively, feel like a totally natural fit for the platform. […] 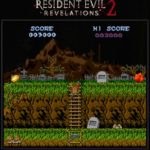 He’s been a fan favourite ever since the original Resident Evil was released on PS1 (18 years ago if  like me you needed help feeling older) and now he’s back. Barry Burton! Here are a few classic quotes to build up your excitement…. “Jill, here’s a lockpick. It might come in handy if you, “the […]