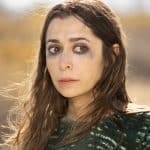 HBO Max has released a teaser trailer for its dark comedy series Made for Love. Starring Palm Springs‘ Cristin Milioti, the series sees her on the run from her tech billionaire ex-husband who secretly implanted a chip in her head that can track her anywhere. The series is based off Alissa Nutting’s novel with the show created […]