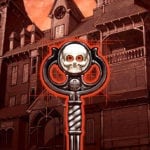 Back in May it was reported that Netflix was circling the TV adaptation of Joe Hill and Gabriel Rodriguez’s comic book series Locke & Key, following Hulu’s decision to pass on the pilot. Well, we now have official confirmation that the streaming service has ordered a ten-episode season for the series, and will be redeveloping Hulu’s original […] 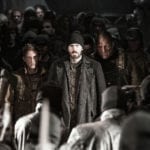 A couple of weeks ago director Scott Derrickson revealed that he has exited TNT’s Snowpiercer TV series due to having “a radically different vision” to new showrunner Graeme Manson (Orphan Black) for the snall screen adaptation of Bong Joon Ho’s post-apocalyptic sci-fi film. Well, The Wrap has now revealed that British TV director James Hawes has […] 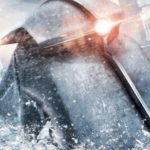 After parting ways with showrunner Josh Friedman (Terminator: The Sarah Connor Chronicles, Emerald City) back in January, TNT’s small screen adaptation of Bong Joon Ho’s post-apocalyptic sci-fi Snowpiercer has hit another snag with Sinister and Doctor Strange director Scott Derrickson revealing that he has also left the project. Posting on Twitter, Derrickson revealed that he’s had creative differences with newly-appointing […]

Last month the Snowpiercer TV series for TNT lost its showrunner Josh Friedman due to creative differences and began searching for a new showrunner. That search is now over according to The Hollywood Reporter. Graeme Manson, co-creator of the hit sci-fi series Orphan Black, which recently concluded its final season, has boarded Snowpiercer as the new showrunner. “Graeme’s extensive background […]

Earlier this month it was reported that TNT has given the green light to a full series based upon Bong Joon Ho’s post-apocalyptic sci-fi Snowpiercer, but now comes word that the network will need to find a new showrunner. Variety is reporting that Josh Friedman (Terminator: The Sarah Connor Chronicles, Emerald City) has exited the project […]

Variety is reporting that TNT has given the greenlight to a full series based upon Bong Joon Ho’s Snowpiercer, itself an adaptation of the French graphic novel Le Transperceneige. “I’m a personal fan of Bong Joon Ho’s epic film, and jumped at the chance to honor his original vision, yet expand upon the world and characters […]

Sinister and Doctor Strange director Scott Derrickson has taken to Instagram to announce that filming is underway on the pilot episode of Snowpiercer, a TV adaptation of the French graphic novel La Transperceneige and the subsequent film version from Boon Joon-ho. View this post on Instagram A post shared by Scott Derrickson (@scottderrickson) on Sep 25, […]

TNT’s Snowpiercer pilot has added two new cast members, with Narcos‘ Roberto Urbina and Roots‘ Katie McGuinness joining the potential TV series, which is being directed by Doctor Strange’s Scott Derrickson and is based on the 2013 film by Bong Joon-ho. Snowpiercer is set seven years after the Earth has become a frozen wasteland, forcing the surviving members of humanity to live […]

Alison Wright (The Americans) and Benjamin Haigh (The Conjuring 2) have become the latest additions to the cast of TNT’s Snowpiercer pilot, which is based upon the 2013 feature from director Bong Joon Ho and takes place on a frozen, post-apocalyptic Earth where the survivors inhabit a gigantic train that circles the world. Deadline reports […]

The Snowpiercer television series for TNT has gained two cast members opposite Jennifer Connelly, Daveed Diggs and Mickey Sumner. Captain Fantastic’s Annalise Basso and Two for One‘s Sasha Frolova have become series regulars in the adaptation of Bong Joon Ho’s 2013 sci-fi film. The pilot will be directed by Doctor Strange‘s Scott Derrickson and is set years after Earth […]