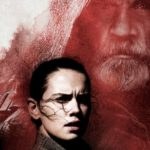 MARK HAMILL ADDRESS THEORIES A new fan theory his kicked around online based on previous posters for Star Wars, which claims that Luke Skywalker will be the villain when it comes to December’s Star Wars: The Last Jedi. Posing this question to Mark Hamill himself, The Jedi Knight had a rather humorous response. Check it […]

Josh Brolin has revealed that the sequel to Sicario, known as Soldado, is “more severe” and “much bigger”. Sicario, directed by Denis Villeneuve, was a big hit with critics upon its release in 2015, garnering a metacritic score of 82. Villeneuve has since gone on to direct notable films like Arrival and this year’s Blade […]

Casting continues on Lionsgate’s Sicario sequel Soldado, with Deadline reporting that Transformers: The Last Knight star Isabela Moner has joined the film, which is being directed by Stefano Sollima (Gomorra) from a script by Taylor Sheridan. Moner is set to portray the daughter of a drug cartel leader who becomes the centre of Matt (Josh […]

Back in June it was announced that Lionsgate had given the green light to a Sicario sequel entitled Soldado, which would see Sefano Sollima (Gomorra) taking over directing duties from Denis Villeneuve, and Benicio Del Toro and Josh Brolin returning to the cast. Conspicuous by her absence though was Emily Blunt, who portrayed FBI Agent Kate Macer […]

Deadline is reporting that Catherine Keener (Capote) has signed on to appear in the Sicario sequel Soldado, where she’ll play the boss of Josh Brolin’s CIA agent Matt Graver. Soldado is once again scripted by Taylor Sheridan, and sees Stefano Sollima (Gomorra) taking over directing duties from Denis Villeneuve. Benicio Del Toro will reprise the […]

With Denis Villeneuve tied up with the Blade Runner sequel, Deadline is reporting that Lionsgate and Black Label Media have tapped Sefano Sollima (Gomorra) to helm the Sicario sequel Soldado. The sequel, which has once again been written by Taylor Sheridan, “focuses on Alejandro Gillick, the shadowy Man on Fire-like protagonist played by Benicio Del […]