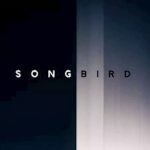 While many film and television productions around the globe are feeling the effects of social distancing, one movie is taking advantage of the situation. Deadline reports that the pandemic-themed thriller Songbird will begin production in just five weeks, using the usually less-busy time for the film’s atmosphere. The film will see Into the Dark’s Adam […]