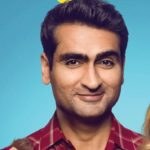 Fresh from the hit romantic comedy The Big Sick, Variety is reporting that Kumail Nanjiani is set to co-write and star in a small screen adaptation of Stephen Frears’ 1985 film My Beautiful Laundrette. The project will reunite Nanjiani with Alec Berg, executive producer on Silicon Valley, who will executive produce alongside Stephen Gaghan (Traffic) […] 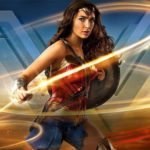 The American Film Institute has announced its list of the top ten U.S. movies of 2017: The Big Sick Call Me By Your Name Dunkirk The Florida Project Get Out Lady Bird The Post The Shape of Water Three Billboards Outside Ebbing, Missouri Wonder Woman The above films will all be hoping to pick up […] 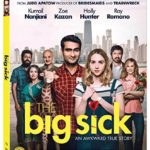 The Big Sick, 2017. Directed by Michael Showalter. Starring Kumail Nanjiani, Zoe Kazan, Holly Hunter, Ray Romano, Adeel Akhtar, and Anupam Kher. SYNOPSIS: The Big Sick, based on the true story of how Kumail Nanjiani and his wife came together, which involved a coma and a major culture clash, is out now on Blu-ray after […]

The Big Sick, 2017. Directed by Michael Showalter. Starring Kumail Nanjiani, Zoe Kazan, Holly Hunter, and Ray Romano. SYNOPSIS: Kumail leads a double life: Uber driver by day, stand up by night.  His heart lies with the second job and it’s in a comedy club that he meets Emily, who turns out to be the […]

What could easily be the surprise hit of the summer arrives in the UK this week.  The word has been spreading about Michael Showalter’s The Big Sick since its debut at Sundance in Utah at the start of the year and the fans turned out in force for its screening at London Sundance last month. […]

Ahead of its release later this month, a UK poster and trailer have arrived online for the Judd Apatow-produced romantic comedy The Big Sick. Directed by Michael Showalter, the film stars Kumail Nanjiani, Zoe Kazan, Holly Hunter, and Ray Romano; take a look below… SEE ALSO: Read our review of The Big Sick here When Pakistan-born […]

The Big Sick, 2017. Directed by Michael Showalter. Starring Kumail Nanjiani, Zoe Kazan, Holly Hunter, Ray Romano, and Bo Burnham. SYNOPSIS: A couple struggling through cultural differences in their relationship hit an even bigger obstacle when one of them is suddenly hospitalised for a prolonged period of time.  A failing Asian performer, a romance jilted by […]

Ben Robins with the five best movies to look out for at Sundance London 2017… Storming back to London’s Picturehouse Central off the back of an incredibly successful rebrand last year, Sundance’s London branch is fast becoming one of the city’s go-to film festivals. And while Netflix and Amazon have already sunk their claws into […]

Amazon and Lionsgate have released the trailer for their upcoming comedy The Big Sick. The film stars Kumail Nanjiani, Zoe Kazan, Holly Hunter and Ray Romano and is directed by Michael Showalter and produced by Judd Apatow and Barry Mendel. Check out the poster, trailer and stills below… Based on the real-life courtship between Kumail Nanjiani and […]

Tai Freligh chats with A Series of Unfortunate Events star Matty Cardarople… A laid-back, quirky comedic actor, East Coast-born Matty Cardarople grew up entertaining friends and family in Exeter, New Hampshire. After settling in Los Angeles, he studied acting at The Beverly Hills Playhouse and has been studying with Lesly Kahn & Co. for several years. Discovered […]