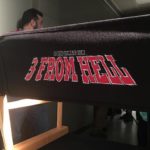 Rob Zombie has announced not only his next project, but that production has already begun on 3 From Hell, the sequel to House of 1000 Corpses and The Devil’s Rejects. Zombie announced the news via his Instagram page, saying “It’s all true! Day One shooting Three From Hell! The murder and madness continues.” He also revealed his wife Sheri […] 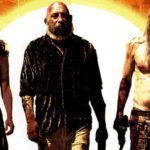 According to Bloody Disgusting, Rob Zombie is getting back behind the camera for a “direct follow-up” to his 2005 film The Devil’s Rejects, which was itself a spinoff from his 2003 debut House of 1000 Corpses. The site reports that details on the new project are sketchy, especially considering that the main characters Captain Spaulding […]