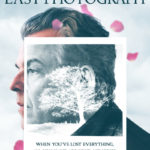 Ahead of its release next month, a poster and trailer have arrived online for the upcoming drama The Last Photograph. The film is directed by Danny Huston, who also stars as a man in search of the final photograph taken with his recently deceased son after it was stolen from his bookshop; take a look […]

Director Zack Snyder has found his next project, which for the first time since 2013’s Man of Steel will take him away from the DC Extended Universe and out of comic book adaptations. According to THR, his next film will instead be The Last Photograph, about a war correspondent and the conflict in Afghanistan. According to the report, […]