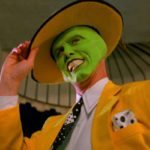 During an interview with Forbes ahead of the film adaptation’s upcoming 25th anniversary, creator and Dark Horse Comics founder Mike Richardson has suggested that a female-fronted reboot of the 1994 superhero comedy The Mask may be on the horizon. “I’d like to see a really good physical comedian [in the role],” said Richardson. I have […]