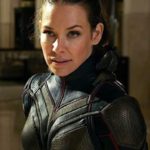 Joss Whedon has revealed that he nearly included The Wasp and Ezekiel Stane in The Avengers. It seems like a long time ago when Joss Whedon was orchestrating the likes of The Avengers and its sequel Avengers: Age of Ultron but at one point he was Marvel’s go-to man before departing the franchise for pastures new. […]

During athe mid-credits scene for Marvel’s Ant-Man, it was teased that Ant-Man’s female counterpart The Wasp (to be played by Evangeline Lilly) was going to be a part of the upcoming sequel, now titled Ant-Man and The Wasp. However, that is really all we had to go on. Until now, that is, as Collider has recently sat down for […]

With Phase Three of the Marvel Cinematic Universe culminating with Avengers: Infinity War and the yet-to-be-titled Avengers 4, it has been expected that many of the new MCU faces will join Earth’s Mightiest Heroes including Doctor Strange and Captain Marvel. A movie that is being released in between the two however is Ant-Man and The Wasp starring Paul […]

Spoilers for Ant-Man In last year’s Ant-Man, it was revealed at the end of the movie that Hope Van Dyne would follow in her mother’s footsteps and become The Wasp. We caught a glimpse of the original Wasp during the sequence where she and Ant-Man disarm a missile, but it seems the character was also featured […]

There’s some shaking up around the Phase Three line-up as Marvel announced today that Ant-Man will be getting a sequel in 2018, under the title Ant-Man and The Wasp. Not only that, but they’ve moved some dates around and teased three more movies for the line-up. Marvel.com writes: “Following our hero’s debut adventure in this […]

Those who have been clamouring to have a big screen solo adventure for Black Widow might just have to wait a little bit longer, because according to Kevin Fiege, The Wasp could be a major part of the MCU. Speaking at a press event for Ant-Man, Feige talked about The Wasp and her place in […]