Warner Bros. has released a new poster for its live-action/CG-animated hybrid movie Tom & Jerry featuring its iconic cat and mouse duo; take a look here… SEE ALSO: Tom & Jerry: The Movie trailer brings the iconic foes into the real world One of the most beloved rivalries in history is reignited when Jerry moves […] Warner Bros. has debuted the first trailer for director Tim Story’s live-action/CG-animated hybrid Tom & Jerry movie which follows the titular cat and mouse as their ensuing battle threatens to destroy the career of Tom’s new owner and the hotel they live in until they are forced to team-up against a villainous staff member who […] With the first trailer set to drop tomorrow, Warner Bros. has released six promotional posters for the live-action/CG-animated Tom & Jerry movie which sees the iconic duo visiting landmarks around the world; check them out here… The film is being directed by Tim Story (Ride Along, Shaft) and sees Tom and Jerry wreaking havoc in a […] 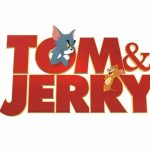 Warner Bros. may have pushed back its Tom and Jerry movie back to 2021, but we now have our first look at the iconic Hanna-Barbera duo as they’ll appear in the live-action/CG-animated feature thanks to the updated logo for the film, which reveals that we’ll be getting a a traditional take on the beloved rivals. […] The live-action/animation hybrid Tom and Jerry has just added several more to its cast. According to The Hollywood Reporter, Chloe Grace Moretz (Suspiria) will be joined by Ken Jeong (The Hangover), Rob Delaney (Deadpool 2), Jordan Bolger (Peaky Blinders) and Pallavi Sharda (Lion). Tom and Jerry will follow Moretz’s Kayla, a new employee at a posh hotel where […] Warner Bros.’ upcoming live-action/CG-animated Tom and Jerry movie has found its human lead, with Collider reporting that Chloe Grace Moretz (Suspiria) will take on the role of Kayla in the Tim Story-directed film. According to the site, Moretz’s Kayla is a new employee at a posh hotel where Jerry takes up residence, threatening to ruin […] Back in October of last year it was reported that Tim Story (Ride Along) will be directing a live-action/CG-animated hybrid movie based upon the classic cartoon characters Tom and Jerry, and now we have some information on the plot courtesy of Production Weekly, which offers up the following alleged synopsis: “Jerry the mouse lives within […]