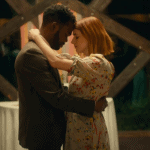 Vertical Entertainment has released a poster and trailer for director Jeff Rosenberg’s upcoming comedy We Broke Up. The film follows Lori (Aya Cash) and Doug (William Jackson Harper), a couple who have just broke up that decide to pretend they’re still together to attend Lori’s sisters wedding to avoid disrupting the celebrations; take a look […] Tony Cavalero, star of Nickelodeon’s School of Rock TV series, has signed on to appear in the upcoming Motley Crue biopic The Dirt, where he will portray British rock legend Ozzy Osbourne. The film is being directed by Jeff Tremaine (Jackass) and is based upon Motley Crue’s 2001 autobiography The Dirt: Confessions of the World’s […]