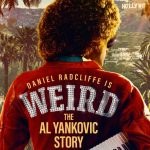 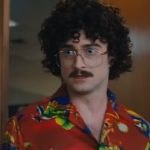 Daniel Radcliffe has made some really fun career choices since hanging up his wand (Swiss Army Man, The Lost City), and it appears that he’s onto another winner with Roku’s forthcoming biopic Weird: The Al Yankovic Story. The man who Radcliffe will be portraying took to Twitter to debut a first look at the film, […] 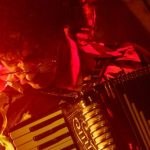 Last month it was announced that Daniel Radcliffe would be taking on the role of “Weird Al” Yankovic in the upcoming Roku feature Weird: The Al Yankovic Story, and now we’ve got our first look at Radcliffe transformed into the Grammy-winning  comedy musician and pop culture icon, complete with trademark curls and piano accordion. “Wearing […] 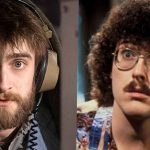 Sometimes the movie gods smile down on us with great joy, like today when it was announced that Daniel Radcliffe had a brand new role to prepare for. Which role is it? The former Harry Potter actor will play Weird Al Yankovic in the upcoming “biopic,” Weird: The Al Yankovic Story! Yankovic co-wrote the film […]

Over the weekend we got our first trailer for the upcoming DC Universe Animated Original Movie Batman Vs. Robin [watch it here], and now Warner Bros. has unveiled the Blu-ray cover art, along with the list of special features (which includes a sneak peek of Bruce Timm’s Justice League: Gods and Monsters)… Batman vs. Robin […]

Warner Bros. has released the first trailer for Batman Vs. Robin, the upcoming direct-to-video animated sequel to Son of Batman, which is loosely based upon ‘The Court of Owls’ story-arc from the New 52. Check it out here… Batman Vs. Robin is directed by Jay Oliva (Justice League: War) and sees Jason O’Mara, Stuart Allan, […]

Two iconic facets of geekdom will collide in 2015. No, I’m not talking about the newest Avengers team-up or rumors of Spider-Man joining the MCU. I’m talking about Batman going head-to-head with “Weird Al” Yankovic. The voice cast for the upcoming DC Universe Original Animated Movie, Batman Vs. Robin, has been revealed. The film is a sequel to last year’s Son […]