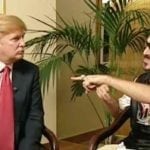 Showtime has announced that Sacha Baron Cohen is returning to the small screen for a brand new comedy series, which is said to be similar in format to Da Ali G Show and is being marketed as “the most dangerous show in the history of television”. Here’s a couple of teasers for the project, which […]