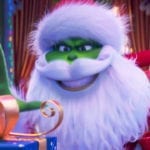 Red Stewart chats with The Grinch co-director Yarrow Cheney… Yarrow Cheney is an American animator who has been working in the film and television industries since the mid-90s. He is best known for his contributions to projects like The Maxx, Treasure Planet, and Despicable Me, as well as co-directing the Illumination movies The Secret Life of […] 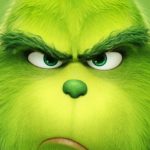 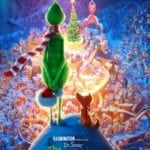 The Grinch, 2018. Directed by Yarrow Cheney and Scott Mosier. Featuring the voice talents of Benedict Cumberbatch, Rashida Jones, Cameron Seely, Kenan Thompson, Angela Lansbury, and Pharrell Williams. SYNOPSIS: A grumpy Grinch plots to ruin Christmas for the village of Whoville. “We are going to do mean things and we are going to do them in […] 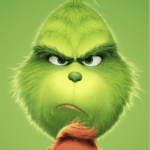 The Grinch, 2018. Directed by Yarrow Cheney and Scott Mosier. Featuring the voices of Benedict Cumberbatch, Rashida Jones, Cameron Seeley, Kenan Thompson, Angela Lansbury and Pharrell Williams. SYNOPSIS: In his miserable cave on Mount Crumpet, overlooking Whoville, The Grinch lives a solitary life with his faithful dog, Max, But when discovers that the Mayor of […]

The Secret Life of Pets, 2016. Directed by Chris Renaud and Yarrow Cheney. Featuring the voice talents of Louis C.K., Eric Stonestreet, Kevin Hart, Jenny Slate, Lake Bell, Ellie Kemper, Bobby Moynihan, Hannibal Buress and Albert Brooks. SYNOPSIS: A group of pets have to put their differences aside so that they can find their way […]