Designer Astronaut Avila’s Modular Arcade is the latest project to achieve 10,000 supporters on LEGO Ideas, progressing through to the First 2018 Review Stage. 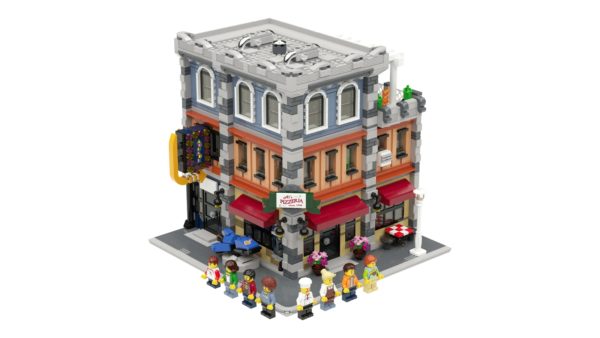 The Modular Arcade consists of three floors, featuring a pizzeria, arcade and apartment. Included in the arcade are details such as a coin operated spaceship ride, skee ball, air hockey table, dancing machine, claw machine and various arcade cabinets. Here’s a few images of the build… 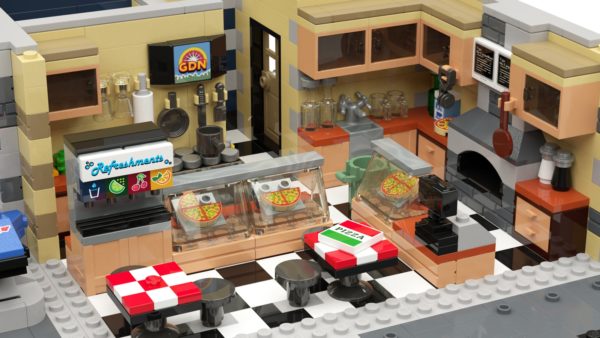 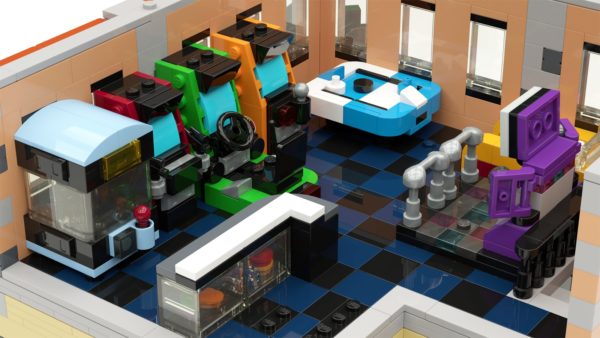 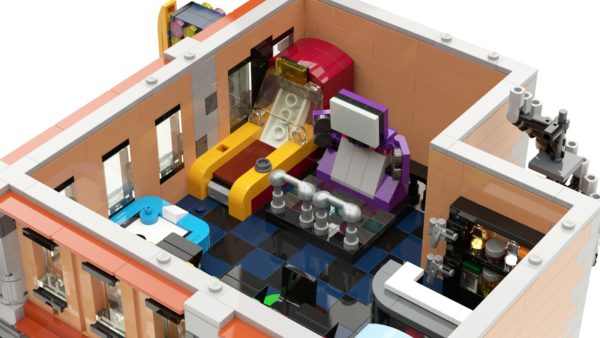 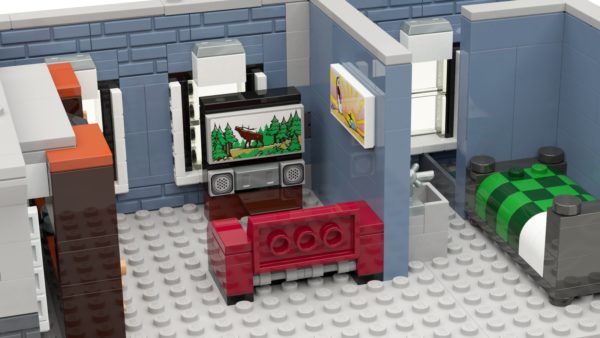 The Modular Arcade now joins Disney’s Stitch, Embraer A-29 Super Tucano, SR-71A The Final Flight, and Treehouse in the First 2018 Review Stage, where they will be hoping to be selected by LEGO to become an official set. Let us know in the comments which – if any – you’d like to see making it into stores.