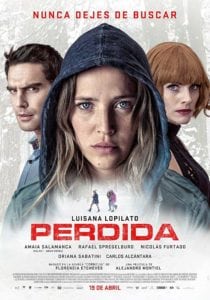 A police officer, obsessed over an old case, decides to resume the search for a childhood friend who disappeared years ago. 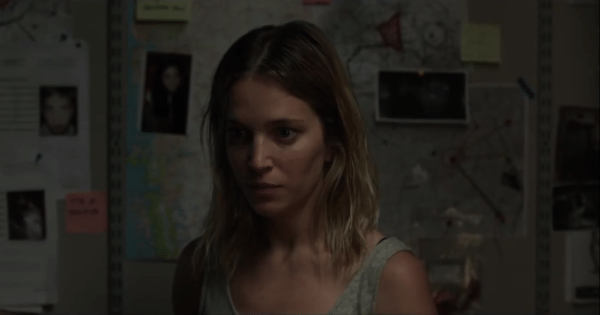 Perdida starts out with an ominous scene as befits its dark subject matter. Manuela “Pipa” Pelari (Luisana Lopilato), looks on from an upstairs window, and is looking at the futile search for a young girl Cornelia (Amaia Salamanca). Years later, Manuela has become an Argentine police officer. As with any noir-hero, she is lonely and tough.

Clara Villalba, mother of Cornelia, pleads that Manuela return to the case. After some reluctance, Manuela decides to go a quest to find Cornelia. The set-up is typical enough for a noir thriller. Alejandro Montiel does an expert job in providing a mood of dread as the picture delves into the difficult subject of human trafficking. Unfortunately, I fear audiences are going to split enormously over the direction Montiel takes after the initial couple of scenes.

Perdida looks great and while firmly in the noir, Montiel is careful to not insert too many stereotypical clichés of the genre. But Montiel has to evoke some old-fashioned tropes and they are probably one too clichés many for people accustomed to the noir and the expected twists within the plot.

Even talking about the plot would constitute spoiling the film, however, where the film truly drags is not to so much the pace or plot – which given the parameters of the noir – inevitably feel worked over. Lopilato is a fine enough actress and given the bleakness of the subject it is legitimate for her to be the usual opaque, cipher-like protagonist in a dark world. But Manuela’s decisions and character details are too robotic to make her genuinely interesting.

Onto itself, Perdida is an excellent thriller and treats its heavy subject matter with a judiciousness of a genuine artist. Alas, the treatment may be too careful. Since the film is based on a novel, expectations of what the noir can do have been raised dramatically. Whether it is David Fincher’s adaptation of Gone Girl, the Coen Brothers’ No Country For Old Men, or Anthony Minghella’s The Talented Mr. Ripley, what a director can do with the noir has become more open to experimentation and re-imagining.

The comparison with the Coens is the most apt because their film for the most part plays it straight and does not violate too many generic boundaries. Even so, Roger Deakins’s cinematography is able to powerfully imprint itself on a viewer’s mind whatever one thinks of the film – which, to me, is fairly lifeless. Unfortunately, Montiel is not helped by cinematography that looks amazing but lacks Deakins’s inventiveness to truly stand out. 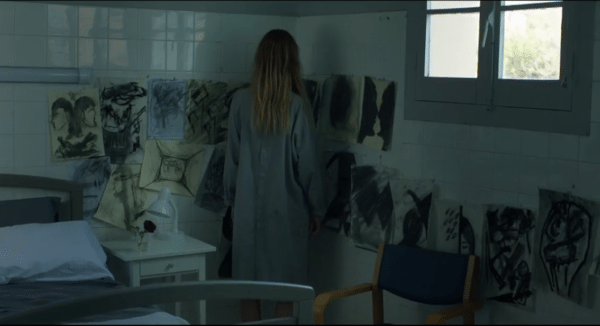 Perdida is more like a well-crafted construct that departs from the classic blueprint to not bore the audience but never goes far enough outside the genre to be memorable. The only exception here is an interesting female villain who complicates Manuela’s quest. The female villain might have truly pushed the picture into excellence but Montiel makes some key tactical errors in constructing making her appear more ridiculous than frightening and her terror unintentionally funny rather than awe-inspiring.

Beyond that, Perdida moves confidently through the various revelations of a major “conspiracy.” A conspiracy twist is not necessarily a spoiler or even irritating. Perdida does fairly well in the twist department and I depart from most critics in having a low opinion of Gone Girl and Bryan Singer’s Usual Suspects both of whose endings require a massive amount of suspension of disbelief. Perdida’s problems are more basic than believability. The conspiracy as such is not so much incredible (and not well hidden being clearly telegraphed at the beginning) but rather the lackluster performances that fail to make it interesting.

If you want a moody, well-paced thriller than Perdida delivers the goods. But if you want a noir that risks a lot either in terms of performances or plots then this is probably not for you. Montiel has made an intriguing entry into the noir that purists will probably find fairly well done. But more demanding fans of the noir will probably finish watching Perdida and wishing Montiel had been less respectful and more adventuresome a la Kubrick in The Killing in giving us a great noir and yet going beyond it.