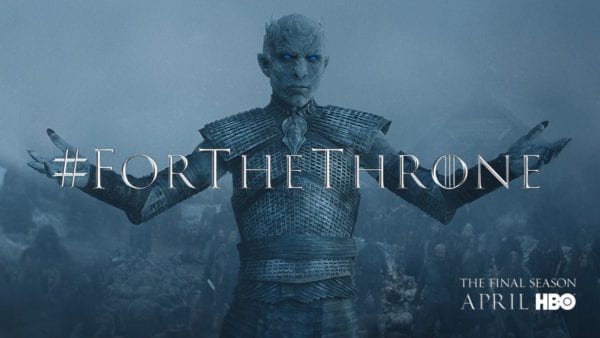 The official Twitter account for Game of Thrones has just posted a teaser for the upcoming eighth and final season – and it seems we won’t have to wait until the summer as the climax of the epic fantasy will get underway in April 2019!

Every battle.
Every betrayal.
Every risk.
Every fight.
Every sacrifice.
Every death.
All #ForTheThrone. pic.twitter.com/WReVt473SH

The eighth season of Game of Thrones will run for just six episodes, although they are expected to be feature-length. Plot details are a closely guarded secret, although we do know that the season will pit our heroes against the Night King and his Army of the Dead, not to mention Queen Cersei, who – for the time being, anyway – still sits upon the Iron Throne.

A synopsis for the first episode was unveiled earlier this month, which reads:

“Season 8 opens at Winterfell with an episode that contains plenty of callbacks to the show’s pilot. Instead of King Robert’s procession arriving, it’s Daenerys and her army. What follows is a thrilling and tense intermingling of characters – some of whom have never previously met, many who have messy histories – as they all prepare to face the inevitable invasion of the Army of the Dead.”

In addition to the final season of Game of Thrones, HBO is also in pre-production on the pilot for a spinoff, rumoured to be titled The Long Night, which takes place thousands of years prior to the main series and has Naomi Watts and Josh Whitehouse attached to star. Meanwhile, creator George R.R. Martin has also teased a possible Targaryen series as one of three other spinoffs in various stages of development at the cable network. 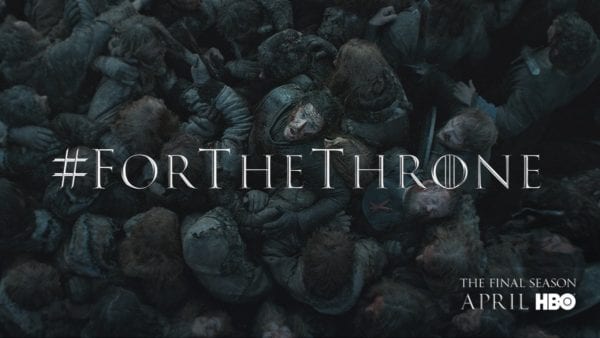