Sophie Becher is an English production designer who has been working in the film and television industries since the 1990s. She is best known for her work on projects like Alfie, Big Nothing, and Mars.

Flickering Myth had the chance to interview her for her work on A Private War, and I in turn had the honor to conduct it: 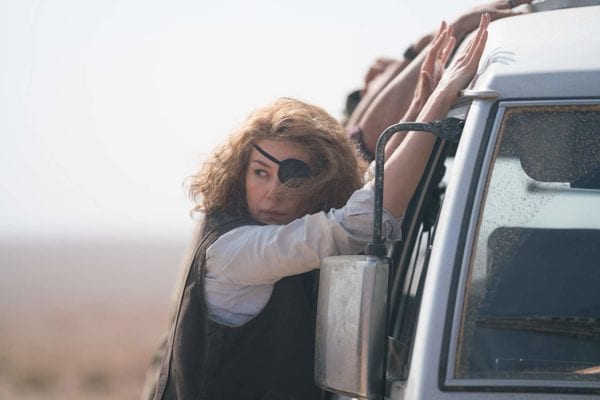 I read in your IMDB biography that you studied sculpting in college. I’ve always wondered, as the production designer, are you purely designing things or do you ever get hands-on with the actual construction of the sets?

Oh no, I’m very hands-on. I guess because I come from sculpture and theater design, I see things in 3D. But also, because I used to have to help build the sets, I am a very hands-on production designer. Obviously, if you’re working in the States, it’s different from working in the UK because when you’re doing a union show you can’t really be getting your hands dirty. However, in the UK and in Jordan, we were forced, because of the limited budget, to very much be a part of the set dressing, and sort of instructing people on how to do things the way you liked it.

When you go to a country that doesn’t have the same infrastructure for film, you very much have to go out with an open mind to the fact that you will be getting your hands dirty to be quite honest.

That’s interesting to hear. I would’ve figured that designers like yourself would get to a point where you aren’t a part of that aspect of the designing, so that’s cool to know.

I mean, I’m not there with a hammer putting nails in, to put it that way, but I’m very much on the ground saying “no, that’s not the color we need, we need to add a better black.” And, for instance, showing the colors for the painters, how to mix the colors. We were in Jordan, we weren’t in a country, as I said, that had the infrastructure to be able to accommodate master plasters and painters and stuff. We predominantly had workers or people who work on buildings.

But it kind of worked for us because we had to build homes in what was fundamentally a construction site that had literally just had its foundation and concrete pillars laid to stop construction, and we were having to build with concrete that was over hundred years old on this site. It was quite a contradiction in terms really.

That’s kind of funny. I never thought of things in that way. I also saw you studied art history. Obviously knowing about past styles is integral for period pieces, but for a movie like A Private War. which is set in more modern times, how useful was that background for you?

Very very useful. Art history teaches you to understand different cultures, understand how to interpret painting, and how to research. And there was an enormous amount of research that I had to do for this project, because I was tackling five different cultures and countries on top of British culture, and you know American as well. I had to immerse myself in the history of Syria, Iran, Libya, and understand the nuances in their architecture, and that goes back centuries to their cultures, what they ate, how they behaved, how their clothes were, how a person lived in the house- all these things are important to me when I go back to designing a set.

So I would say my art history background is extremely useful, whatever the period.

Yeah, everything takes from history- it’s not like someone’s creating something brand new. We’re at a point where so many cultures just build on top of the preexisting foundation and conglomerate.

It’s funny, because I remember when I was in college, art history had a reputation for being a difficult course due to the sheer amount of memorization you had to do. So I’m happy that you’ve not only mastered it, but adapted it to your career. 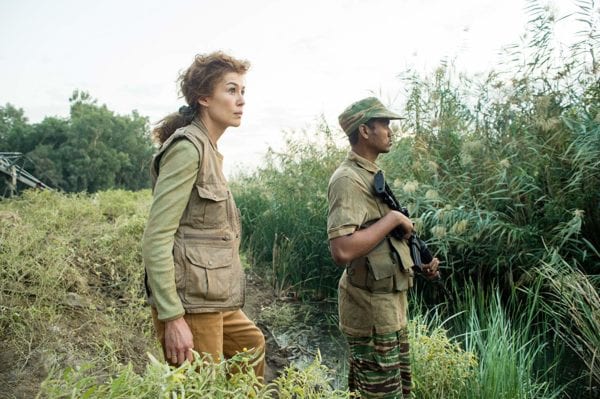 On that note, let’s talk about A Private War. This is a biographical picture about acclaimed war journalist Marie Colvin, who went to many areas of conflict to report on them. What was it about this film that made you want to take it on?

I read the script and I was just like “I have to do this movie.” It’s one of the few movies that I’ve been that passionate to do. Because I think it’s an important story to tell- this woman was absolutely amazing. She put everything on the line to tell the stories of people. It wasn’t about the inner politics of the countries, it was about the plight of the citizens in every single country, and that’s why she wanted to get out there and why she had a passion for it. She put herself in extremely dangerous situations, and I have so much admiration for Marie for that.

And it’s important for people to recognize, especially now with conflict and everything that’s going on, the importance of the press. How much the press do for us and how much they put themselves on the line for us, for people who don’t have firsthand experience to understand different cultures and what’s happening out there in the world.

So that’s what lead me to it. I felt it was an important story to tell, and Matthew Heineman is a very brilliant filmmaker who cast real people- they weren’t actors half of those people in the film: they were real refugees who had experienced a lot of things that were depicted, like the mass graves for instance. A lot of those women had lost their husbands to the war, so they were truly experiencing some of this, which is painful for them, but it’s important to get it out there- a lot of folks don’t know these stories.

It’s all very well. We can sit here in our armchairs watching it on the news and stuff like that, and you feel detached from it. But what’s good about this film is that it depicts someone you can relate to, a very well-known and respected journalist who’s out there experiencing it, and you’re kind of seeing it from her perspective.