After Krypton‘s premiere delivered an intriguing direction for its sophomore season, ‘Ghost in The Fire’ continued to capitalize on Generald Zod’s rule over Krypton as well as Seg-El and Adam Strange’s introduction to the galaxy’s toughest and most foul-mouthed bounty hunter, Lobo. It was an entertaining and solid chapter that showed how much effort Krypton is putting into nearly every aspect of the new season. 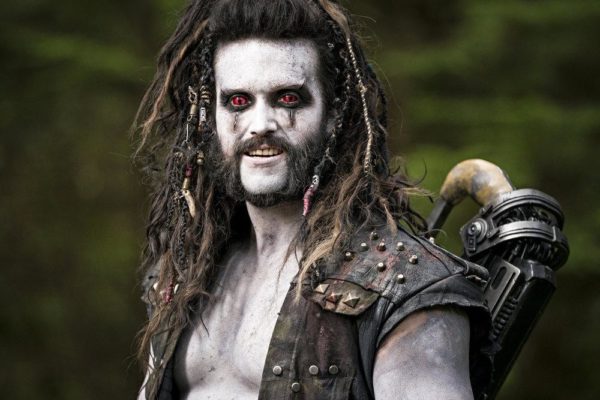 The most notable aspect to ‘Ghost in The Fire’ was Emmett J. Scanlan’s scene stealing performance as Lobo. He played a very nice foil to Seg and Adam with his brutish attitude and willingness to turn to violence over the smallest of issues. Scanlan captured Lobo’s unpredictable nature while also coming across as fairly funny, showcasing his dark and inappropriate sense of humour. From mispronouncing Seg-El’s name as ‘Seagull’ to his very descriptive interrogation tactics, Scanlan was very charismatic in the role.

Lobo’s presence raised the stakes for Seg and Adam in a few ways that pushed the momentum forward on their plight. Not only was their way back to Krypton compromised, but they made the discovery Brainiac didn’t really die, but somehow implanted a copy of himself in Seg’s body and mind. Cameron Cuffe did a nice job alternating between the real Seg and the parts of Seg coming under Brainiac’s control. It’s also good to see Seg and Adam back together for the episode since they shared very little screentime together in the latter half of the first season. It’s a reminder of how well Cuffe and Shaun Sipos make their back-and-forth dialogue feel natural and play up the differences and similarities with their characters. 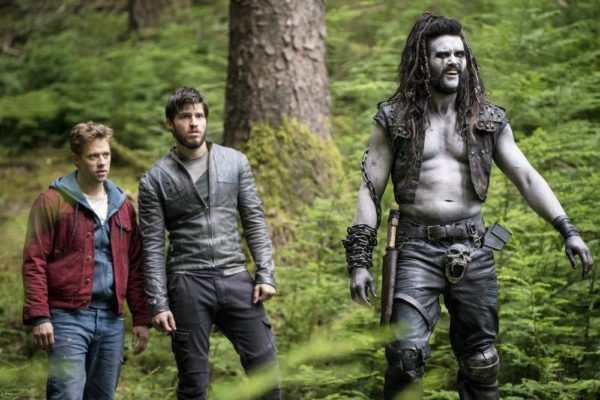 Events on Krypton were also advanced in nice ways as Zod and Lyta took more steps to end Val’s rebellion. It could have been said that Lyta’s descent into villainy might be out of character compared to her characterization last season, but Georgina Campbell plays her grief and denial so well that it doesn’t seem out of place. She’s trying to bury it all by doubling down on Zod’s vision and the desire to never allow Krypton to be attacked again, honouring Seg’s memory in a way counter to everything he believed in. It’s an interesting approach to take for someone who was once so anti-Zod in personality, but ‘Ghost in the Fire’ directly brings it up not just through her anger and visions of Seg, but through the return of her mother, Jayna, and her realization that she turned Lyta into this through the Zod teachings. It’s some interesting character work that Campbell sells through her performance.

Other storylines didn’t get too much focus, namely Val an Jax-Ur’s rebellion on Wegthor and Nyssa’s betrayal. Wallis Day displays the conflict within Nyssa pretty well as she’s forced to choose between the rebellion or the safety of her son. It’s mostly set up though as Val plans a rebel attack and Jax-Ur isn’t entirely trusting of Nyssa’s current loyalties. We also got our first look at Doomsday and, for a TV budget, he looks pretty good. Again the whole production of Krypton shines through its costumes, sets and effects with Lobo’s healing power one of the most memorable effects on the series to date. The work that is put into everything shows, though this episode’s fight scenes could have been a little clearer. 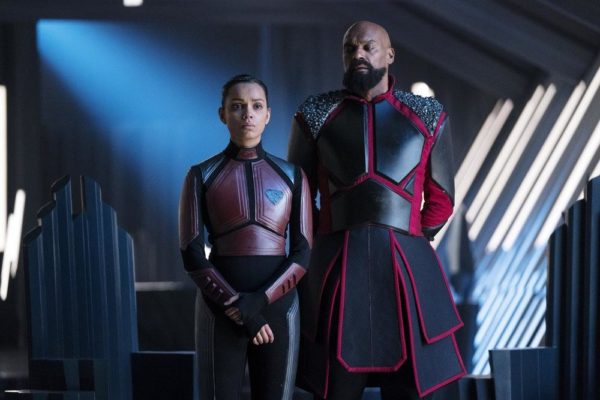 Krypton impresses once again with ‘Ghost in The Fire’ as it ramps up the tension of the various plots and moves the pieces in interesting places. Scanlan steals the show as Lobo and definitely displays he could carry the potential spin-off that is in the works. With the performances, character development and production combined, Krypton has really started a promising second season.