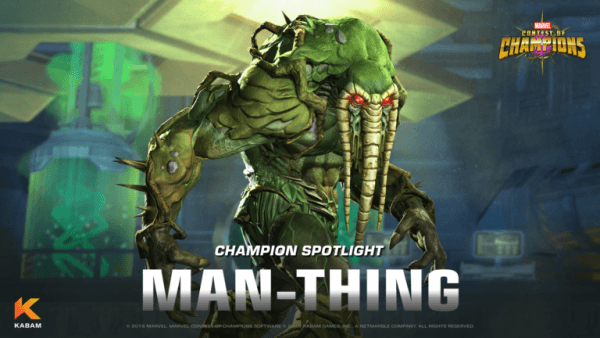 The Man-Thing leaves the Swamp and joins the Contest this week, with Kabam announcing that the Protector of the Nexus of All Realities is now available to plays on the mobile fighting game Marvel Contest of Champions. Check out his gameplay trailer, bio, stats & abilities here…

The Man-Thing was once the brilliant biochemist Dr. Ted Sallis. While working for S.H.I.E.L.D. to replicate the Super Soldier Serum, Dr. Sallis was forced to flee due to an A.I.M. plot to steal his work. Injecting himself with the only remaining sample of his serum before crashing his car into the swamp while on the run. Rather than dying from that crash, he was reformed into a creature made of the swamp itself, The Man-Thing! 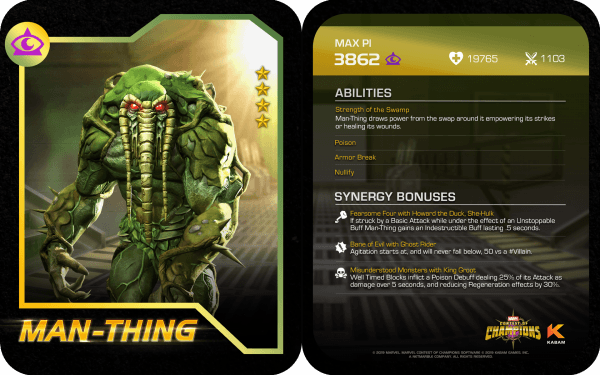 Marvel Contest of Champions is available to download on Android and iOS.