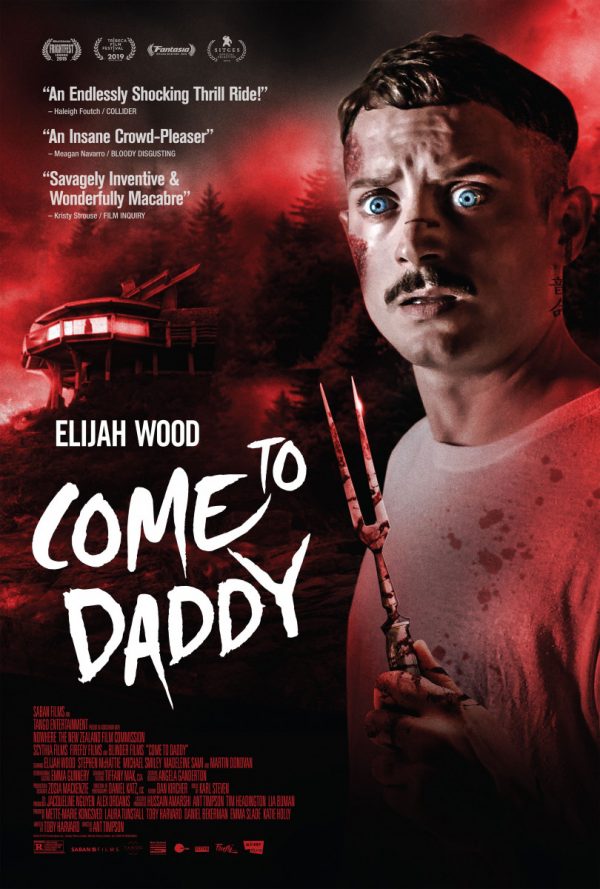 A man in his thirties travels to a remote cabin to reconnect with his estranged father. 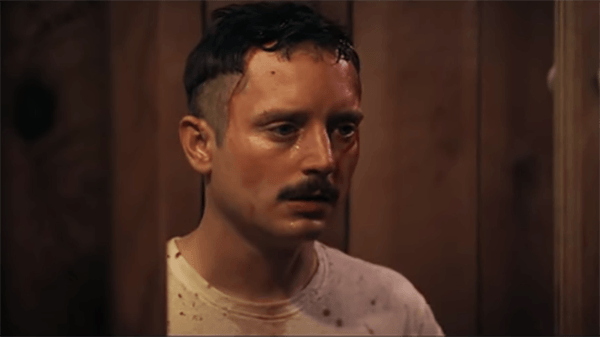 Opening with a pair of juxtaposed quotes from William Shakespeare and Beyoncé is certainly attention-grabbingly strange, but to say that it comes anywhere near expressing how weird Ant Timpson’s Come to Daddy is would still somehow be an understatement of the highest order. Aside from intentionally going out of its way to be as idiosyncratic and bizarre as possible, the movie also defies genre conventions and consistently morphs tones like a chameleon, remaining utterly unpredictable. Come to Daddy is also a rare exercise that doesn’t fully eschew any semblance of traditional structure just for the sake of it, as there are still ideas and thoughts regarding childhood abandonment, parental issues, offspring disappointment, and more underneath the surface of every unbelievable interaction.

As one can imagine, it’s not really easy writing a spoiler-free review for a film were a great deal of the entertainment comes from not knowing what comes next, but I can give you a reminder that aside from this being Ant Timpson’s narrative directorial debut (coming from his own warped mind but written by Toby Harvard), he has also served as a producer for equally bizarre and violent flicks such as Turbo Kid and The Greasy Strangler, of which Come to Daddy assuredly fits. None of these films can be traditionally categorized, yet all of them are worth seeking out for anyone at the fan of over-the-top violence and story concepts that dare to disturb and make one uncomfortable (there’s a sizable chunk that takes place at a motel packed with businessmen in town putting on a swingers party when not working). 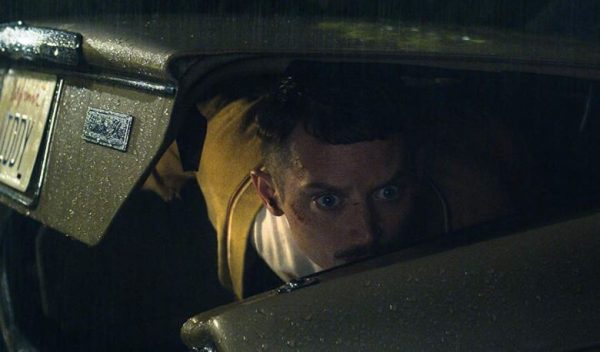 What can be explicitly stated and reiterated is that Elijah Wood is fantastic as Norval, an individual as odd as his name. The story begins with a mysterious letter written to him from his estranged father pleading with him to visit his sequestered beachside Oregon home to make amends and reconnect. Before picking up on any character details, though, Norval treks across a few beautiful landscapes, luggage in tow, allowing for audiences to glimpse some aesthetically pleasing views alongside quickly getting a handle on a half-bowl cut/half-shaven hairstyle that is as unorthodox as anything else in the movie. It’s also worth pointing out that everyone in the somewhat isolated surroundings has a fascination with psychologically profiling people based on the details of their eyes.

Nevertheless, it immediately becomes apparent that Norval is more than intrigued at the possibility of bonding with his father, also seeking his approval. What ensues is a game of lying that only further complicates who these people are and what they actually want from one another. Daddy (as the title refers to him as) is played by Stephen McHattie, presenting himself as standoffish and embarrassed of his son’s fashion, amusingly labeling him a ratfucker (it’s not just limited to that goofy hairdo), so much so that it’s easy to become speculating more about this reunion and what the letter might have said. However, don’t plan on making guesses for too long; Come to Daddy has its first real shocking twist 25 minutes in, and from there continues to reinvent itself. 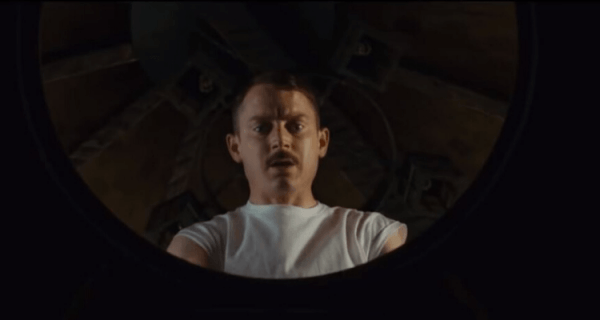 Again, there’s always an undercurrent of drama regarding the father-son dynamic, but Come to Daddy is everything from a story about polar opposites to a head-spinning thriller to a demented reimagining of The Telltale Heart to an indulgence in perversion and disorder. Even when it starts to drag on and drift away from some of the ideas that make the movie special and so commanding with maintaining intrigue, it’s impossible to take one’s eyes off of. It’s as black-heartedly hilarious as it is wince-inducing with its realistic brutality. For better or worse, you will be left speechless.