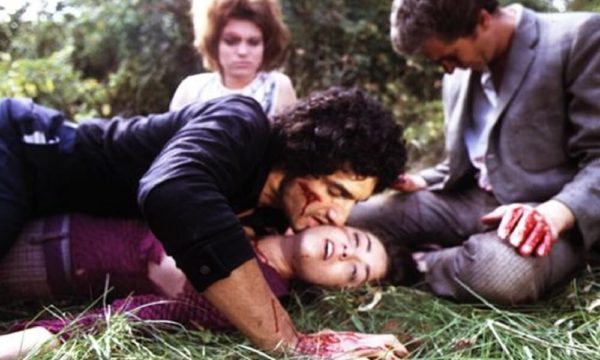 The early 1970s was the period in which America was a nation bitterly divided over the Vietnam War. Wes Craven, a then young director of exploitation films, did not support the war and wanted to make a film that honestly depicted violence as uncensored media coverage was showing him. He wrote a script based on Ingmar Bergman’s The Virgin Spring (1960) which featured a rape revenge narrative. Wes Craven’s resulting film eventually entitled The Last House on the Left (1972) is about two teenage girls who are raped and murdered by a gang of escaped convicts, who are then in turn murdered by the parents of one of their victims.

In 1974, a pre-cut US version which removed much of the film’s gore was rejected by censor Stephen Murphy who saw no artistic merit in the film and was concerned about the film’s attitude towards sexual violence. The film was again refused a certificate in the year 2000 for its explicit and sadistic sexual violence. However, Leicester Council overruled this ban and screened the film uncut with an 18 certificate that same year. The film was eventually released onto video/DVD in 2002 with cuts made by the BBFC. These included the humiliation of one of the girls when she was made to wet herself, the two naked girls being forced on each other and a scene where one of the criminals used a knife to carve his name into a girl’s chest before raping her. The most disturbing scene however was a graphic disemboweling. Ironically, these scenes were included in a documentary on the region 2 DVD. It wouldn’t be until 2008 that the film would be released in its original uncut form. 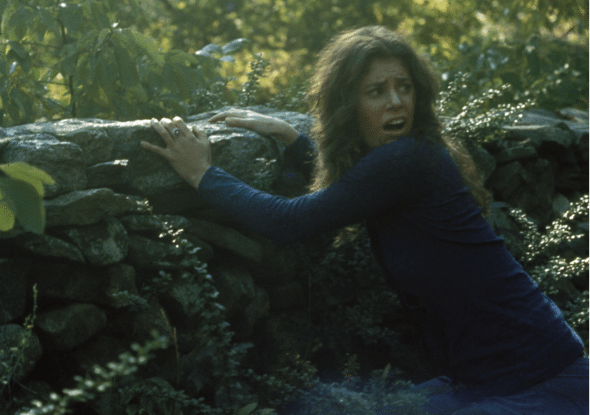 Despite its reputation The Last House on the Left has dated horribly, looking like cheap exploitation even on DVD. Apart from the harrowing scenes in which the genuinely terrified girls are forced to strip naked in front of the gang and the brutal rape and murder scenes, the film is frequently unconvincing. Whilst Wes Craven’s hand held camera technique has stood the test of time, the easy listening soundtrack is grossly inappropriate for a horror film and is frequently intrusive as are comedy scenes of two bumbling cops looking for the missing girls. Due to this the film never really builds the tension it needs to be suspenseful.

Krug (David Hess) the leader of the gang has a very unusual look to him and is well built making his character intimidating. Sadie (Jeramie Rain) the only girl in the gang comes across as twisted and depraved, not least because she has a hairstyle like Moor’s murderer Myra Hindley. Weasel (Fred Lincoln) the suit wearing criminal looks the most harmless but is just as devious as the others. Unfortunately, the film can’t help but include the requisite easily led dumb criminal Junior (Marc Sheffler) who is simply annoying. 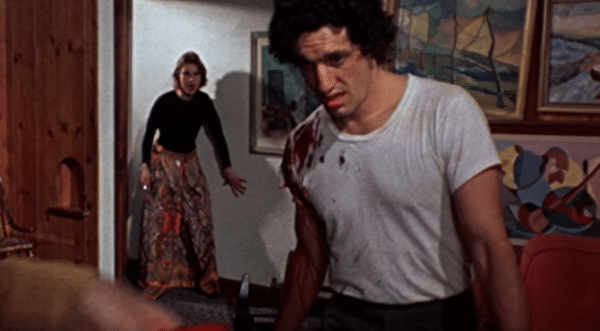 A more naturalistic style of acting would have benefited the film immensely as only Sandra Cassel as one of the original victims is convincing as a regular person. It is difficult to understand however why the film was banned as it never glorifies the rape and murder scenes. It appears the BBFC dismissed it simply because it is exploitation. That said Last House on the Left will always be remembered for its once status as an unobtainable video nasty together with the likes of The Texas Chain Saw Massacre (1974) and The Evil Dead (1981) regardless of its merits as a quality film. It was even deemed worthy enough for a 2009 remake.