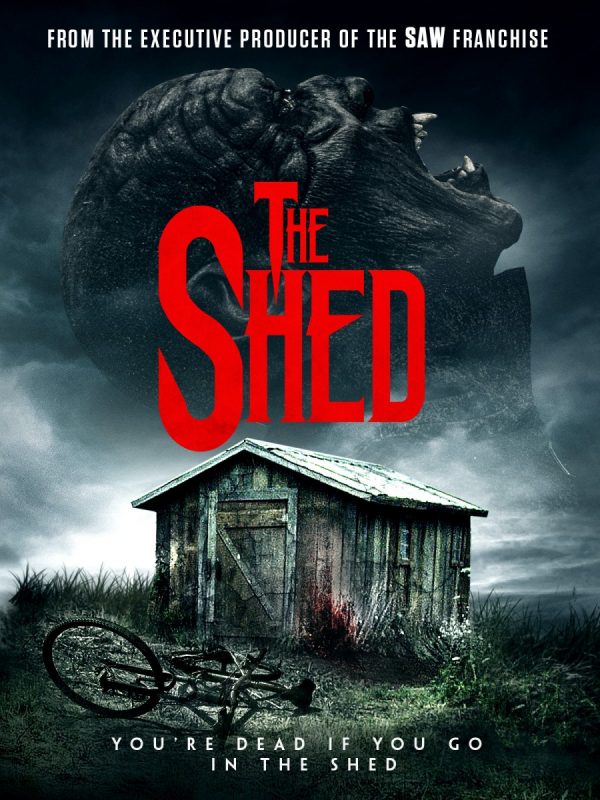 A teenager discovers a vampire living in his shed, prompting his best friend to use the opportunity to teach the school bullies a lesson. 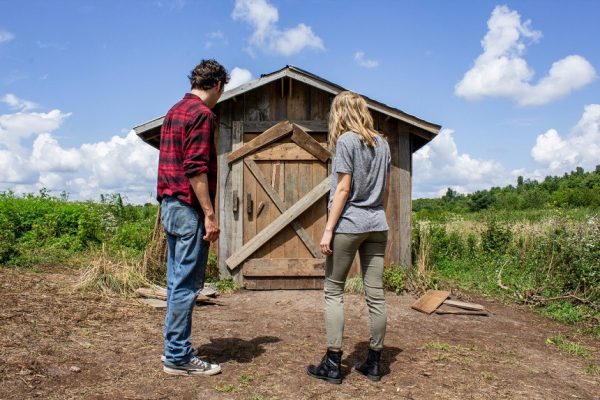 With its fairly nondescript title giving very little away, The Shed is actually a vampire movie based around teenagers discovering a bloodsucker in their midst. Yes, this has been done before several times and yes, The Shed does borrow heavily from those movies, most notably Fright Night and, to a lesser extent, The Lost Boys but thankfully it keeps the horror element in its depictions of vampires and doesn’t go anywhere near the shimmering otherworldliness of the other teenage vampire franchise that we won’t talk about here.

With that cursory mention out of the way, The Shed is mixed bag when it comes to how it plays out. The opening scenes throw you straight into the action as what we can assume to be a vampire hunter comes face to face with his Nosferatu-like prey, who manages to get in a bite before succumbing to the sunlight that pierces through the trees of the forest in a chilling and exciting bit of filmmaking. Now a vampire himself, the hunter needs to get out of the sunlight and so makes his way to a nearby shed which is on the property of 17-year-old Stan (Jay Jay Warren – Day of Reckoning) and his abusive grandfather Ellis (Timothy Bottoms – Invaders From Mars) and, naturally, Stan – who has a lot of issues stemming from his broken family life as well as being a bit of an outcast at school – discovers the creature but this isn’t Charley Brewster having to run and hide from a suave Chris Sarandon or the Frog Brothers going after the hip and trendy bikers of Santa Carla as The Shed drops the pace of its energetic opening and tries to build up a picture of Stan’s life, and this is where the inconsistent tone drags the film into a rut of mundane familiarity that it struggles to get out of. 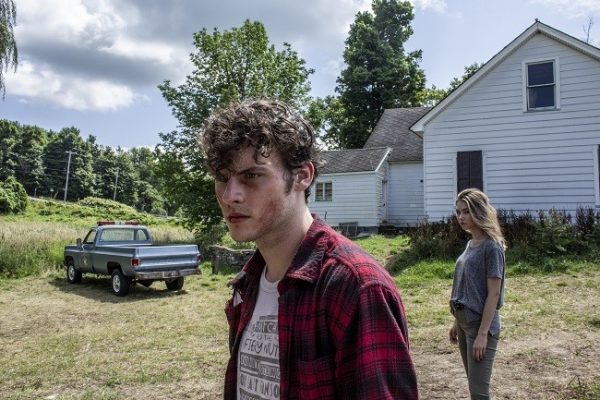 We are in troubled teen territory with Stan as his grandfather treats him like dirt and he is a target for the school bullies, along with his best friend Dommer (Cody Kostro – Worst Friends) who does get a lot more harassment from the thugs as Stan tends to stand up to them a bit more. Stan has a temper and a history with juvenile detention, perhaps connected with the death of his parents or perhaps not but we never get the full details on any of it, the writing presenting Stan – and Dommer, the bullies and Stan’s love interest – as a collection of stock characters that you could transport in and out of several different teen movies with very little to differentiate them.

But despite the thinly written character building The Shed does have some neat ideas bubbling away, the main one being Dommer’s idea of using the trapped vampire to off the bullies but it is handled in such a bland and overly serious way that the initial premise of having a vampire trapped in your shed loses a lot of the appeal and potential that it had at the beginning of the movie. However, there is a bit of gruesome gore thrown in that is much needed amongst the dialogue-heavy middle section of the film, although the humour that should be present when the limbs start flying gets lost beneath the po-faced delivery of the actors. 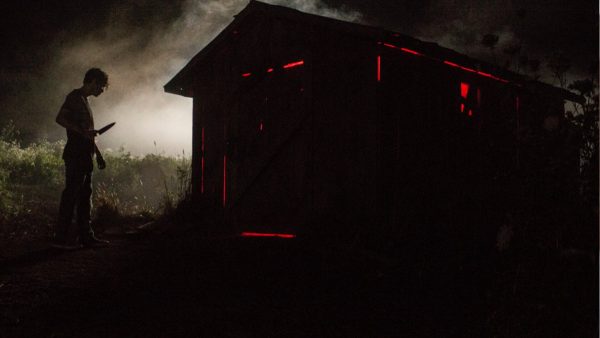 The Shed is a well shot movie, utilising various camera angles and techniques to give you a sense of place and action, when it happens, and the effects are of a higher standard than expected but in trying too hard to make Stan and Dommer sympathetic the writers have somehow done the opposite and made them – and pretty much every character – paper-thin and quite unlikeable. There is no explanation given as to the origin of the original vampire or who the hunter is, apart from his name, which wouldn’t have been necessary if the rest of the story zipped along and we just had to accept things but the vampire is sort of glossed over in favour of box-ticking its way through the second and third act to a climax that feels like somebody gave up trying and went to the ‘Generic Cheap Jump Scare Generator’ (if such a thing exists) to wrap things up quickly and with very little imagination. The Shed isn’t terrible and it does have promise as a concept but thanks to its lethargic execution there isn’t a great deal to recommend it beyond adding it to your queue if it pops up on your streaming service of choice when you’re stuck for something new to watch.