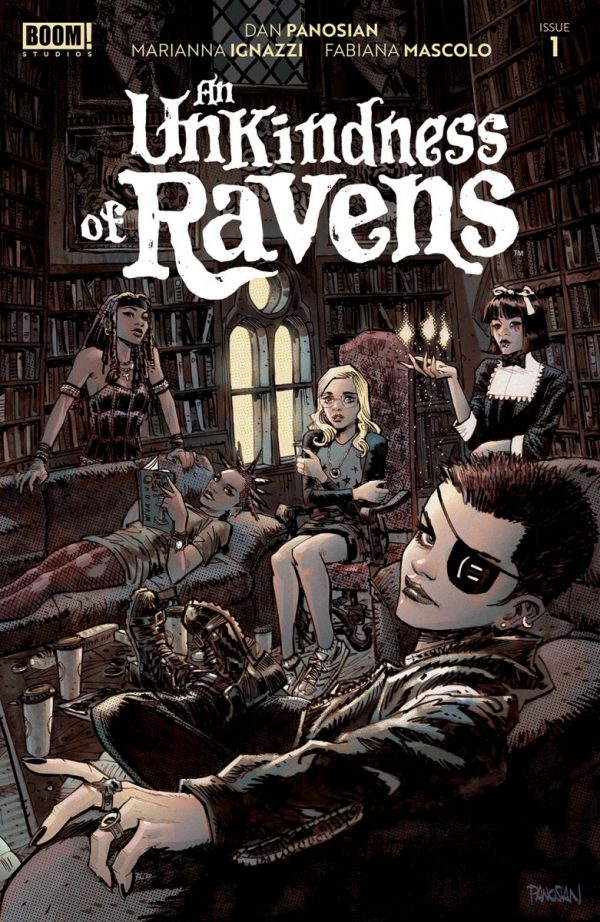 A new series from Dan Panosian, An Unkindness of Ravens focuses on Wilma, a young girl settling down to make a new life in a new location at a new school. So far you might not think of this as the most original thought., but the events of the first day suggest more as we discover Wilma’s resemblance to a missing student, the local “popular girl” bully, and the strange group known as “The Ravens“.

Before any of that occurs, we are treated to a mysterious prologue to our story, with a darker and far more sinister art styling. The prologue tells us a tale of some mysterious librarian character who chronicles the history of a small town called “Crab’s Eye”. These events filled me with a sense of wonder and intrigue, and the dark art style was extremely bold and mirrored the mysterious story it was telling in a very harmonious way.

Flip the page and we are met with a very vibrant and upbeat colour palette – one where I could not help but get the impression the entire school day was either set at sunrise or sunset, purely because of the orange/yellow tinge that is present in almost every panel of this comic. 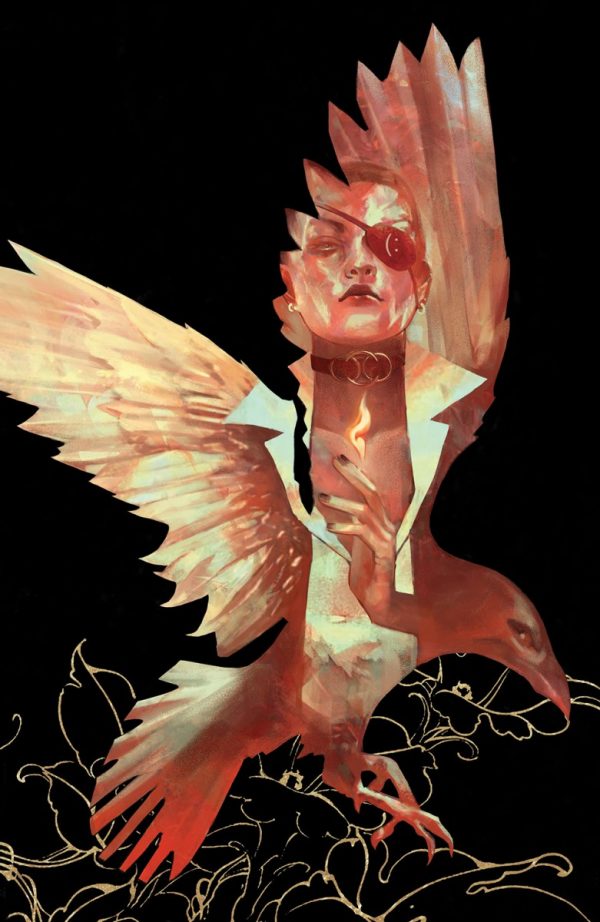 The story itself starts off slightly rushed, and the mystery does not appear to last very long as we are greeted by a last panel reveal. This does not necessarily put the reveal as a bad thing, but in a rather short issue they have crammed a lot of character building for Wilma, established social groups and brought in a irate rich person who owns half the town. It is a lot to throw at the reader without leaving us feeling slightly overloaded at the end of 23 pages.

The character design of the issue is a typical American high school; we have all seens shows or films and can imagine the layout of the campus and the social interactions. The imagination is not needed greatly to lend to the world building, yet the group of The Ravens… I wonder about them. The “alternative” styling of the group might help to emphasise the group as outcasts or potentially come with more character driven backstory. We shall find out in issue #2.