The official Star Wars site has revealed a piece of concept art from the premiere episode of The Mandalorian season two, ‘The Marshal’, which depicts returning Prequel Trilogy star Temuera Morrison as… Boba Fett?

It was of course heavily suggested in the episode that the fan favourite bounty hunter is indeed back from the belly of the Sarlacc, although Morrison’s character is yet to be officially identified by anyone involved with the show.

With Rosario Dawson’s Ahsoka Tano now confirmed by Disney+ as appearing this season, it’s certainly possible that we’ll also see Captain Rex or another of the last remaining Clones.

Could a swerve be in the offing? We’ll have to see as the season progressed, but in the meantime, check out the concept art from illustrator Brian Matyas here… 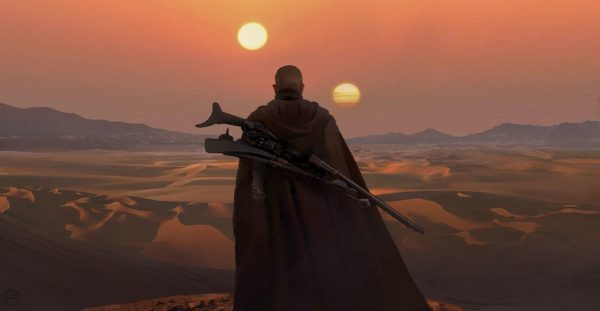