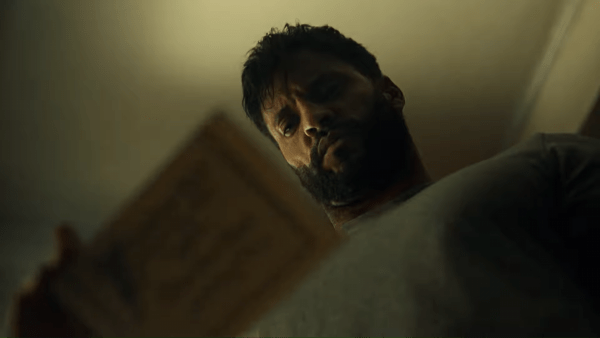 Episode two might possess the formidable presence of Ian McShane’s Odin, but beyond that Serious Moonlight treads water. Visual flourishes prove distracting but ultimately story seems to be in stasis. Aside from a gathering of Gods fronted by Peter Stormare’s Czernobog things are decidedly lacklustre. Vaguely clandestine meetings on rooftops involving Shadow and raven-haired women might engage briefly, but in terms of tone things feel flat.

Snow covered mountains, flame spewing bison and convenience store flashbacks might raise more questions than answers, but ultimately audiences should let it slide. American Gods depends on the suspension of disbelief where structure and on-screen action need not always coalesce. Diatribes on native Indian Gods sit in opposition to the actions of their Norse counterparts, who thrive on conquest and war. Elsewhere the enigmatic Bilquis meters out retribution through carnal consumption, absorbing patrons to quell her raging appetite. 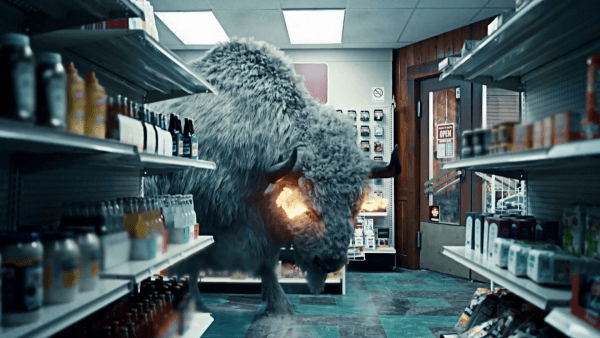 Only in the presence of her seductive decadence does this episode really hit its stride. Surrounded by exquisite trinkets, scented candles and a voracious desire for companionship Bilquis taps into our baser needs. Yetide Badaki seems perpetually pent up barely keeping her emotions in check, while those who share her company remain oblivious. It is that ability to play both sides, that sees Bilquis keep a foot in both camps.

Much of what brings this episode down with a bump resides in Lakeside. Pedestrian characters which fulfil no immediate need eat up valuable screen time, that should be utilised elsewhere. These mere mortals continue to life out their lives of quiet desperation, occupying themselves with seemingly mundane preoccupations. Small town Americana never felt so chocolate box in construction as it does here. This world feels diminutive in comparison to anywhere else, with only flashes of the exotic channelled through rabble rousers such as Odin and Czernobog. 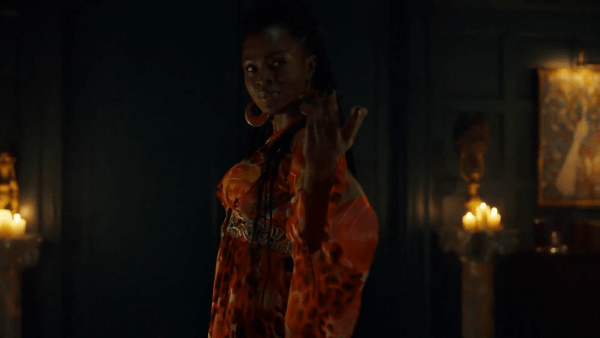 Meanwhile Omid Abtahi’s Salim and Demore Barnes as Mr. Ibis feel wasted. For characters which played such pivotal roles in two season it feels like an afterthought. Dramatically both contribute very little because simply put they are given nothing to do. Salim only mourns the absence of Jinn while Mr. Ibis does even less.

Ms. World and Technical Boy are similarly conspicuous by their absence, while Shadow’s clandestine conversations and random encounters with peacocks does little to redress the balance. Those with a cynical inclination might call ‘Serious Moonlight’ polished padding, there to provide context not spectacle. Thankfully there are just enough flashes of visual invention to keep things interesting. Although episode two might not add much to the narrative melting pot, it does dazzle and distract just enough to forego the need for storyline or structure. However, this is a trick which is best not repeated.