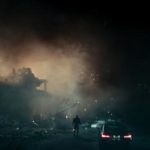 In one of the most audacious marketing moves ever, Netflix released The Cloverfield Paradox last Sunday, having teased it hours earlier during the first quarter of the US broadcast of the Super Bowl. The reaction was decidedly mixed (read our review here), but there’s no denying the power of the stunt, and the viewing figures make interesting […] 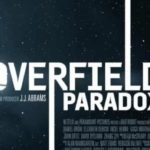 We are three Cloverfield films in so far, and the series is still something of an enigma. We were given some long-awaited answers in The Cloverfield Paradox— regarding the origin of the adorable “Clovie” — but there are still plenty of questions to be answered regarding the universe that all three films are set in. […]

Cloverfield 4 you say? But we haven’t even seen a third installment of a franchise we didn’t even really know was a franchise. If your head is hurting at the latest developments on a series of films which began with Matt Reeves and J.J. Abrams’ found-footage monster mash in 2008, then you’re not alone. 10 […]

A few weeks ago, it was revealed that the next entry in the Cloverfield franchise would likely be Julius Onah’s God Particle, which was slated for release on February 24th, 2017. Now, according to Exhibitor Relations, Paramount Pictures has removed God Particle from their schedule and replaced it with an untitled Cloverfield movie set to drop […] 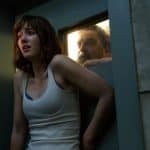 10 Cloverfield Lane, 2016. Directed by Dan Trachtenberg. Starring John Goodman, Mary Elizabeth Winstead and John Gallagher Jr. SYNOPSIS: A woman awakes in an underground bunker after being knocked unconscious in a car accident. Two men are with her, claiming the world up above has been devastated by a chemical attack. Back in 2007, a […]

Subscribe on iTunes and Soundcloud The Flickering Myth Review Podcast returns for some movie goodness. Join Scott and Rohan on this week’s episode as they review the J.J. Abrams-produced 10 Cloverfield Lane, starring John Goodman and Mary Elizabeth Winstead; High-Rise, the new film from acclaimed director Ben Wheatley and starring Tom Hiddleston; and an early […]

Have you seen 10 Cloverfield Lane yet? If the answer is no then you are missing out on a tense and thrilling night at the movies (read our reviews here and here). With the “spiritual sequel” to Cloverfield now released in many territories, director Dan Trachtenberg has been discussing the film and revealed that he wasn’t […]

Last weekend Flickering Myth was given the opportunity to view a press screening of 10 Cloverfield Lane and interview stars Mary Elizabeth Winstead, John Goodman and director Dan Trachtenberg in a roundtable discussion with other journalists. His first time directing a full length feature film, Dan Trachtenberg nevertheless brings a great amount of knowledge and […]

It looks like the name change and attachment to Cloverfield has paid off for 10 Cloverfield Lane as a smattering of praising reviews and good press has earned the movie a monster opening. Coming in second to Disney’s Zootopia, 10 Cloverfield Lane was the biggest new release this week and earned $25 million from just under 3,400 […]

Last weekend Flickering Myth was given the opportunity to view a press screening of 10 Cloverfield Lane and interview stars Mary Elizabeth Winstead, John Goodman and director Dan Trachtenberg in a roundtable discussion with other journalists. It’s needless to say John Goodman is an icon with many memorable roles under his belt spanning a career […]