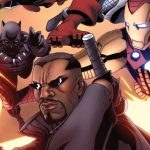 Marvel’s All-Out Avengers #1 makes its way to comic book shops this coming Wednesday; check out the official preview of the issue here…   INTRODUCING: THE ALL-NEW AVENGERS SERIES THAT STARTS IN THE MIDDLE OF THE EXPLOSIVE ACTION AND RACES TO A SHOCKING CLIMAX! An alien attack. A missing piece of wormhole tech. A city […] 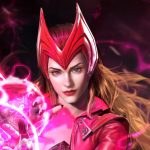 Marvel has announced that it is set to celebrate its partnership with China’s NetEase Games with a series of variant covers throughout October which are inspired by the mobile collectible card game MARVEL Duel; check them out here…   The latest collaboration between Marvel Entertainment and NetEase Games, China’s leading internet and online game services […] 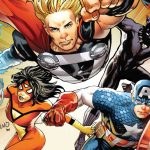 Earth’s Mightiest Heroes are set to reassemble this September as award winning writer Derek Landy and artist Greg Land throw readers into the middle of some of the Avengers’ most pulse-pounding adventures to date with the new series All-Out Avengers. Check out the trailer from Marvel Comics below… INTRODUCING: THE ALL-NEW AVENGERS SERIES THAT STARTS […] 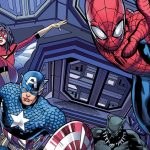 Marvel has announced that creators Derek Landy and Greg Land are set to assemble Earth’s Mightiest Heroes for the new ongoing series All-Out Avengers, which will launch in the fall. “When Tom Brevoort approached me with this concept, I thought it was an inspired idea, a slice of creative genius, and also totally unworkable…! But […]