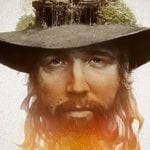 IFC Films has released the first trailer for the upcoming musical biographical drama Blaze. Directed by Ethan Hawke, the film is based on the life of Blaze Foley and is adapted from Sybil Rosen’s novel Living in the Woods in a Tree: Remembering Blaze. Newcomer Ben Dickey leads the cast as the country musician alongside Alia […]