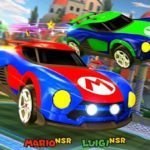 Psyonix, developer of the award winning Rocket League, have revealed that Battle-Cars will be coming to the Nintendo version of Rocket League as an exclusive.  The Battle-Cars will be available as special unlockables when the game is launched on the Nintendo Switch this winter.  A new trailer has been released to accompany the announcement showing […]