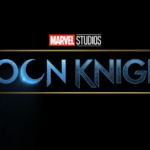 While fans and critics alike are enjoying Netflix’s The Witcher series, it seems like Marvel Studios may have added one of the writers for The Witcher to their team for the upcoming Moon Knight Disney+ series. Although there hasn’t been an official confirmation by Marvel, according to the social media profile of writer Beau DeMayo, he is the “writer on Marvel’s Moon […]