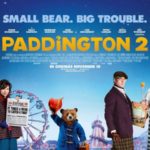 Neil Calloway isn’t convinced by the BFI’s claims about the British film industry… This week saw the release of the British Film Institute’s official statistics for 2017. As ever with these sort of things, it was a record-breaking year for British film. More people went to the cinema in the UK in 2017 than in […]