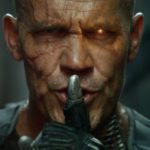 Rob Liefeld, the creator of Deadpool, thinks that Cable should have his own movie series and not just feature in other films. While fans are waiting patiently for some concrete news regarding future Deadpool films under the Disney umbrella, there are also questions about the likes of Cable who played a major role in Deadpool […] 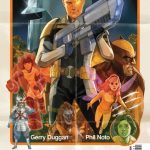 Marvel launches its new Cable series this coming Wednesday, and you can check out a preview of the first issue right here; take a look… Cable was a grizzled old veteran of the wars to save the future… and he will be again. But for now, he’s a young mutant living in paradise leading a […] 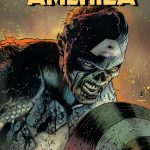 To mark the release of Marvel Zombies: Resurrection, the undead are set to rise this April for a series of special variant covers across a selection of Marvel comic book titles, and you can check out the covers right here… AVENGERS 33 MARVEL ZOMBIES VARIANT by RYAN BENJAMIN with colors by DAVID CURIEL CAPTAIN AMERICA […] 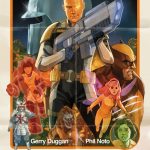 Marvel has announced that legendary writer Gerry Duggan and superstar artist Phil Noto are set to take Nathan Summers on a brand new adventure this March with the release of Cable #1. “I’m thrilled to be back working in the X-Universe and very happy to get the band back together with my buddy, Gerry Duggan,” […] 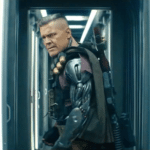 Josh Brolin, who played Cable in Deadpool 2, has called up Marvel Studios about the character’s future in the Marvel Cinematic Universe. Now that Disney has completed its acquisition of Fox – including key Marvel characters like Deadpool and the X-Men – some actors are wondering what the future holds for them. This includes Josh […] 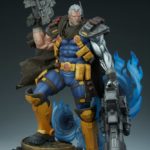 Sideshow has announced that the time-travelling mutant Cable is joining its X-Men Collection with a new Premium Format Figure. The collectible is available to pre-order now, priced at $725.00 and is expected to ship between December 2019 and February 2020; check out the promotional images here… SUPPORT FLICKERING MYTH: Order via Sideshow Collectibles The Cable Premium […]

Nathan Summers finally made his big screen debut last year as Josh Brolin took on the role of Cable alongside Ryan Reynolds’ Merc with a Mouth in Deadpool 2, but it seems we almost got an appearance from the time-travelling mutant some four years earlier. Speaking to Screen Rant, Deadpool and Cable creator Rob Liefeld […] 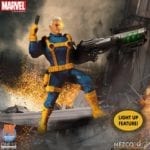 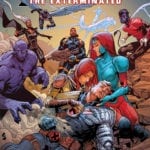 Last month, Marvel Comics kicked off its Extermination event with the death of fan-favourite mutant Cable, and now the publisher has announced a special one-shot X-Men: The Exterminated which will pay tribute to Nathan Summers, as well as offering up a special brand-new back-up story from Chris Claremont. “This issue is our chance to say […] 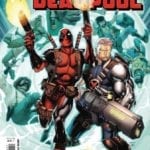 Cable and Deadpool Annual #1 hits comic book stores this coming Wednesday, and you can take a look at a preview of the issue here courtesy of Marvel Comics… THE TIME IS NIGH! History’s favorite duo are back together, and just in time! When Deadpool is hired to protect a woman from time-hopping villains, it’s […]