While the Rogue One: A Star Wars Story co-writer Tony Gilroy is set to both write and direct some episodes of the new Cassian Andor prequel series, his co-writer on the film, Gary Whitta, has confirmed he will not be involved in the project. Taking to Twitter, Whitta responded to a fan who asked if he […] 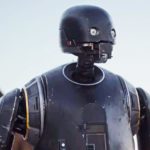 Alan Tudyk, who played the droid K-2S0 in Rogue One: A Star Wars Story, has shared his excitement at returning for the prequel TV show. While the future of Star Wars on the big screen may be unclear, we know that Disney+ will continue to provide the goods with a number of series on the […] 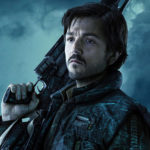 As Disney prepares to bring the Star Wars saga to the realm of live-action television, Lucasfilm was on hand at the D23 Expo this past weekend to promote its upcoming shows on the Disney+ streaming service. While the release of the first trailer for The Mandalorian and the official announcement of Ewan McGregor’s return as […]

Having secured a showrunner back in December in Stephen Schiff (The Americans), it seems that Lucasfilm may now have found one of its directors for the upcoming Rogue One: A Star Wars Story prequel series focussing on Diego Luna’s Rebel spy Cassian Andor. According to a report from Discussing Film, Lucasfilm is in talks with […]

Back in November it was announced that Diego Luna is set to reprise the role of Rogue One: A Star Wars Story’s rebel spy Cassian Andor for a new live-action Star Wars series on the Disney+ streaming service, and now comes word of a potential production start date. According to Production Weekly (via Discussing Film), […]

Development is picking up on the next Star Wars television series that will focus on Rogue One: A Star Wars Story’s rebel operative Cassian Andor. Per Deadline, Disney and Lucasfilm have tapped The Americans executive producer Stephen Schiff as showrunner for the upcoming series. Schiff will also be one of the series’ executive producers while Jared Bush (Moana) created the […] 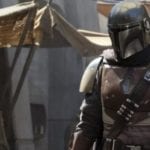 As Disney and Lucasfilm begin to branch out the Star Wars saga into television for the Disney+ streaming service with The Mandalorian and the newly-announced Cassian Andor series, visual effect company Industrial Light & Magic has announced that it has set up a brand new division, ILM TV, to focus on the expanding television market. […]