Ahead of its premiere on Hulu next month, another trailer has been released for the satirical comedy drama series The Great which sees Elle Fanning lead the cast as the Russian Empress Catherine the Great, alongside a cast that includes Nicholas Hoult, Phoebe Fox, Adam Godley, Gwilym Lee, Charity Wakefield, Douglas Hodge and Sacha Shawan; […]

Hulu has released a trailer for the satirical comedy drama The Great which reveals it is set to arrive on the streaming service on May 15th. The series stars Elle Fanning as Catherine the Great and Nicholas Hoult as her husband Peter III of Russia alongside a cast that also includes Nicholas Hoult, Phoebe Fox, […] 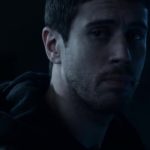 With pilot season in full swing, ABC has announced that Toby Kebbell (The Female Brain) and Charity Wakefield (Bounty Hunters) in the upcoming drama series Salvage. The pilot, created by Don Todd, Salvage sees Kebbell as Jimmy Hill, an ex-cop “who just wants to be left alone after moving back home to rural Florida. But when […]

With Kill Switch set for a VOD release this coming Friday, a new trailer has arrived online for the sci-fi thriller, which is directed by Tim Smit and sees Dan Stevens leading a cast that also includes Bérénice Marlohe, Tygo Gernandt, and Charity Wakefield; watch it below after the official synopsis… Set in a future version of the world, […]

With a little over two weeks to go until its release, a trailer for director Tim Smit’s upcoming sci-fi thriller Kill Switch has arrived online courtesy of Lionsgate. Based on Smit’s short What’s In The Box?, the film stars Dan Stevens, Bérénice Marlohe, Tygo Gernandt, Charity Wakefield; watch it below after the official synopsis… Set in […]