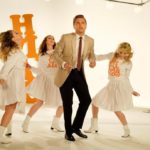 For anyone following along what the current awards season, the big news here is not necessarily how well Quentin Tarantino’s Once Upon a Time… in Hollywood and Martin Scorsese’s The Irishman are doing, but rather that Greta Gerwig’s fantastic modern-day reimagining of classical literature Little Women has not been left out to dry in the […] 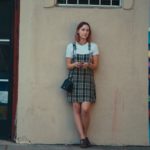 Although Call Me by Your Name and The Shape of Water dominated the Chicago Film Critics Association in nominations, Greta Gerwig’s directorial debut Lady Bird walked away with the highest honors. The circa-2001 Catholic highschool-set coming of age comedy was awarded Best Picture while stars Saoirse Ronan and Laurie Metcalf emerged victorious from their respective, fiercely […]

Critical darlings and awards favorites Call Me By Your Name and The Shape of Water proved to be heavy hitters within the Chicago Film Critics Association (of which yours truly is a fresh, honorary member). The former received eight nominations while the latter received seven. Meanwhile, in third place was a three-way tie between Lady Bird, […]