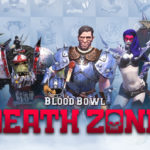 After 11 months in Early Access, Cyanide Studios and Bigben Games have announced the full release of Blood Bowl: Death Zone on Steam.  During the Early Access phase, the developers have updated and improved the game based on community feedback and the full release features new teams, new skills, a single player campaign. Based on Games […] 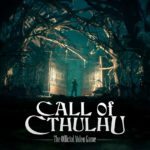 Focus Home Interactive have revealed a new gameplay trailer for their upcoming RPG investigation game, Call of Cthulhu.  Inspired by Chaosium’s classic pen and paper RPG, Call of Cthulhu will take players to the nightmarish land of Lovecraft.  In this gameplay trailer we follow protagonist Edward Pierce as he explores the Hawkins Mansion. You can watch this part […] 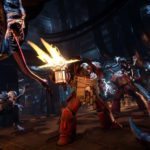 Thanks to the success of Blood Bowl on consoles and PC, Cyanide Studios have announced that they will be performing magic on yet another of Games Workshop’s board games, this time travelling to the 41st millennium with Space Hulk: Tactics.   The Space Hulk board game took a squad of Terminator Space Marines into an alien […] 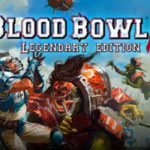 Cyanide Studios have announced that Blood Bowl 2: Legendary Edition, the video game adaptation of Games Workshop’s classic tabletop sport/battle game, will be released in September and is now available to pre-order from Steam now.  The  Legendary Edition expands the game with new races and a new stadium.  If you don’t know much about Blood Bowl […]

Cyanide Studio have released a new E3 trailer for their upcoming investigation RPG Call of Cthulu which is due for release later this year on Xbox One, Playstation 4 and PC.  In this latest trailer we return to Darkwater and visit some of the eerie and sinister locations.  Watch this brand new trailer below… In Call of […]

Styx: Shards of Darkness is due to be released on Xbox One, Playstation 4 and PC next Tuesday, 14th March, and what better time is there than now for Cyanide Studios to release the new launch trailer showing our favourite fourth wall breaking goblin.  This new launch trailer follows goblin thief Styx as he sneaks and […]

Developers Cyanide Studio have released a new ‘behind the scenes’ video for their upcoming title Styx: Shards of Darkness which is due for release on the 14th March on Xbox One, Playstation 4 and PC.  This latest video looks at the development of our ‘hero’ Styx, how he was envisioned at the planning stage and how he was […]

Focus Home Interactive has announced that it has partnered up with White Wolf Publishing to delve into the World of Darkness universe with Werewolf: The Apocalypse, an official video game which is being developed by Cyanide (Styx: Master of Shadows, Blood Bowl, Call of Cthulhu). “The World of Darkness has always attracted creatives with a strong […]