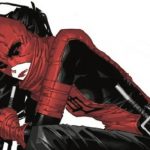 Having assumed the mantle of Daredevil, Elektra Natchios takes centre stage this Wednesday as Marvel launches the new series Daredevil: Woman Without Fear, and we’ve got the official preview of the first issue for you here; check it out…   The next pulse-pounding chapter in the saga of New York City’s Guardian Devil, this time […] 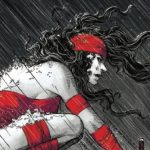 Elektra Natchios takes centre stage this week as Marvel releases Elektra: Black, White & Blood #1, and you can check out the official preview of the issue below… Fact • noun • fakt – Definition of Fact 1 a: something that has actual existence b: an actual occurrence c: ELEKTRA NATCHIOS IS THE BEST ASSASSIN […] 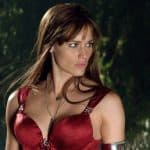 Zack Snyder, director of multiple DC movies, has revealed what story he would want to make in the Marvel Cinematic Universe. Audiences are eagerly anticipating Zack Snyder’s cut of DC’s Justice League but is there a Marvel property that the director has his eye on? One that could draw him to the MCU perhaps? Well, […] 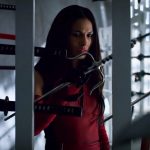 Following the cancellation of Marvel’s Daredevil and The Defenders at Netflix, star Élodie Yung would be interested in returning as the assassin Elektra in a future Marvel project. During a recent appearance on a virtual Wizard World panel, Yung revealed she would “love to” return as the fan-favourite character if Marvel were to use her in a future project while discussing […]

Marvel has announced the upcoming event Running With the Devil, which will get underway in the pages of Daredevil #17 in February, as well as launching three major new titles in Kingpin #1, Bullseye #1 and Elektra #1. “Fans are going to love what we have in store for our street level superstars in 2017,” […]

Subscribe on iTunes. Support Flickering Myth, buy a t-shirt! Email in your questions: oli@flickeringmyth.com In this special bonus episode of the Flickering Myth podcast, Scott Davis got to jet over to Paris and attend a Q+A for Marvel’s Daredevil Season 2 with Charlie Cox (Matt Murdoch/Daredevil), Jon Bernthal (Frank Castle/The Punisher) and Elodie Yung (Elektra). […]

Speaking at the Television Critics Association press tour this past weekend, Elodie Yung (G.I. Joe: Retaliation) has been discussing her role as the deadly assassin and Matt Murdock love interest Elektra Natchios in the upcoming second season of Marvel’s Daredevil. “We think Elektra is, kind of, a sociopath, you know?” said Yung. “This world is […]

Back in December, legendary comic book creator Frank Miller had some harsh words about Elektra’s upcoming inclusion in the second season of the Marvel / Netflix series Daredevil, telling the crowd at Brazil’s Comic-Con Experience that, “they can do whatever they want, that is not her.” Well, speaking to Entertainment Weekly, season two co-showrunner Doug […]

Over the past couple of months, Marvel has announced two huge additions to the Marvel Cinematic Universe, with Jon Bernthal (Fury) set to play Frank Castle / The Punisher and Elodie Yung (G.I. Joe: Retaliation) nabbing the role of Elektra in the upcoming second season of the hit Netflix show Daredevil. SEE ALSO: Set photos […]

While over in London to promote Daredevil, Flickering Myth’s Deputy Editor Luke Owen caught up with Charlie Cox to talk about the series and look ahead to season two. With the new season being announced for next year, how will this affect the line up of other shows including Luke Cage, Iron Fist and The […]