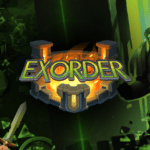 Fat Dog Games and developer Solid9 Studio announce that their turn based tactical game, Exorder, has been released today on Steam.  Exorder takes players to a brand new fantasy world where treachery, sinister plots and enemy armies are more prevalent than a series of Game of Thrones.  Check out the game’s release trailer below… In Exorder players will be […]