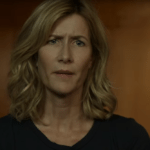 Ahead of its premiere next month, HBO has released a new trailer for writer-director Jennifer Fox’s upcoming drama The Tale. The film is based on Fox’s true story and stars Laura Dern in the lead role as the filmmaker alongside Jason Ritter, Ellen Burstyn, Common, Frances Conroy, John Heard, Elizabeth Debicki, and Isabel Nélisse; watch it […] 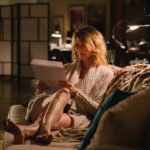 Before she returns for the second season of Big Little Lies, Laura Dern is set to star in the TV drama mystery film The Tale for HBO. Set for a premiere date of Saturday, May 26, 2018 at 10 PM EST, the film is written and directed by documentary filmmaker Jennifer Fox (Beirut) in her first narrative […]