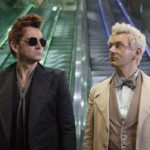 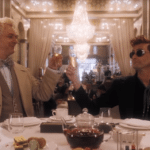 Martin Carr reviews the season 1 finale of Good Omens… Cloven hoofed wreckers of military might, quartets of apocalyptic fury and bath tubs of blessed water all figure in this figurative finale to Good Omens. Simultaneously divine and hellishly pleasurable, it carries as much emotional heft as it does delicate moments of character reconciliation. A […] 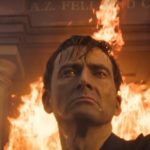 Martin Carr reviews the fifth episode of Good Omens… Burning Bentleys, ring roads aflame and psychic charlatans absorbing celestial bodies are just some of the oddities which populate this penultimate episode as Armageddon warms up in the wings. With hells angels riding four abreast and causing convergences north of London, while witch finder sergeant majors […] 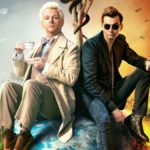 Martin Carr reviews the fourth episode of Good Omens… To discover in a moment of stress and anxiety that good people are just fallacies is nothing short of devastating. That the Almighty is also not really working towards a specific goal or has anyone’s best interests at heart, is likely to get people, especially most […] 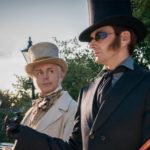 Martin Carr reviews the third episode of Good Omens… Key moments in history should not as a rule be used to catch up with old friends. Just as discussing the flaws in an ineffable plan while our Lord God Almighty makes a hash of things is also frowned upon. Especially if you are sitting alongside […] 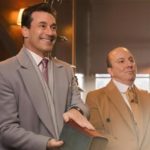 Martin Carr reviews the second episode of Good Omens… If anything could be taken from Good Omens it would be a number of unpopular if obviously ideas. Religions in the main bend the truth to serve a purpose and are not beyond bending them back if that initial foray fails. It should also be noted […]

Martin Carr reviews the first episode of Good Omens… Celestial mismanagement, a misplaced baby Beelzebub and friendships between biblical opponents provide the farcical foundations to this Pratchett Gaiman double header. A cult classic amongst fans of both authors capturing the unique tone of Good Omens was always going to prove crucial, alongside nailing those leading […] 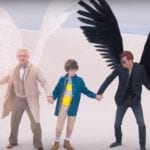 Ahead of its premiere this May, Amazon Prime Video has released a new trailer for the upcoming TV adaptation of Neil Gaiman and Terry Pratchett’s 1990 fantasy novel Good Omens which largely focuses on the unlikely pairing of angel Aziraphale (Michael Sheen) and demon Crowley (David Tennant) as they agree to work together to track down […] 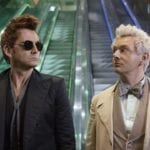