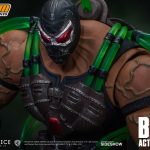 Sideshow and Storm Collectibles have unveiled the 1:12 scale Darkseid, Lobo and Bane action figures from the DC fighting game Injustice: Gods Among Us which are available to pre-order now, check out the promotional images below… SUPPORT FLICKERING MYTH: Order via Sideshow Collectibles A being of pure hate incarnate, the lord of Apokolips Darkseid, demands the […] 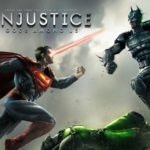 Ricky Church continues his countdown to Justice League with Injustice: Gods Among Us… One of the more common complaints about the DCEU – specifically Man of Steel and Batman v Superman: Dawn of Justice – is that it is too dour and lacks the hopeful feel of the comics. Its got nothing, though, on the alternate world of […]

A new trailer has arrived online for the hotly-anticipated Injustice 2, which focusses on the character of Cheetah and sees the villain battling her arch-enemy Wonder Woman, along with Robin and Deadshot. Take a look at the trailer here… Build and power up the ultimate version of your favorite DC legends in INJUSTICE 2. With […]

As we approach the release of Injustice 2, we’ve gradually been learning who will be playable characters in the game. NetherRealm Studios has revealed returning characters from the first game as well as newcomers such as Black Canary and Swamp Thing, and now they have also announced that Doctor Fate will feature as another new playable character. As […]

A few weeks ago we got word of a new character introduced to the Injustice 2 roster in Black Canary, and now Warner Bros. Interactive Entertainment and DC Entertainment have revealed another new addition in Swamp Thing! Check out the reveal trailer here… The line between hero and villain has become blurred as the most epic battle in the […]

After the release of the Injustice 2 trailer yesterday, and the reveal that the villain Darkseid would be a pre-order bonus, fans have speculated which other DC heroes and villains would appear in the anticipated video game sequel. Well, thanks to Injustice 2‘s pre-order page on their website, we now know three of the characters who will appear […]

A new story trailer has arrived online today for the upcoming DC beat ’em up sequel Injustice 2, which reveals that Brainiac will serve as the main villain of the game, as well as unveiling a few new characters including Damian Wayne’s Robin, Bane, Poison Ivy and Darkseid (who, as leaked earlier in the week, […]

With an official Injustice 2 reveal set for this Tuesday, a leak on PSN has revealed that the DC villain Darkseid will be available as a pre-order bonus for the upcoming sequel to Injustice: Gods Among Us, with speculation suggesting that he could also serve as the game’s final boss. Here’s the PSN listing (via CBM), which […]

A few days ago, Ed Boon of NetherRealm Studios posted this not-so-cryptic photo to his Twitter account: It didn’t take a thorough reading of the tea leaves to figure out that it was a release date for Injustice 2, NetherRealm’s upcoming DC fighter. All that was really missing was an official confirmation, and we didn’t have […]

The latest batch of Xbox Live Deals with Gold were announced this morning by Larry Hryb (Xbox Live’s Major Nelson). The focus on this week’s sale appears to be Warner Bros. published titles, including the Batman: Arkham series, LEGO, Mortal Kombat and many more. On Xbox One this week we have the LEGO series (30-75% off), Middle Earth: Shadow of […]