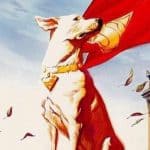 Having suggested during an Instagram Q&A that he has “one toe dipped in” with another DC property beyond The Suicide Squad and its HBO Max spinoff series Peacemaker, filmmaker James Gunn has now moved to deny a report claiming that he’s working on a Krypto the Superdog project. The original report came by way of […] 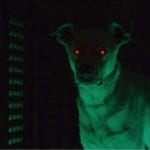 The first season of DC Universe’s live-action Titans series drew to a close this past Friday with a tantalising glimpse at what’s to come in season two thanks to a post-credits scene which introduced ‘Subject 13’ – a.k.a. Kon-El/Conner Kent/Superboy – along with his trusty canine companion Krypto! You can watch the scene here… If you’re […]

Comic book artist and DC co-publisher Jim Lee has unveiled two exclusive collectibles for July’s San Diego Comic-Con in a pencil-deco BlueLine Edition action figure of The Dark Knight based on his own design, along with a Krypto plush which is part oft he DC Comics Super-Pets line. Check them out via USA Today… Krypto […]