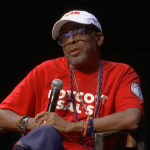 Oscar-winner Spike Lee is to direct a movie musical about the creation of Viagra, according to Deadline. The film, co-written by Lee and British playwright Kwame Kwei-Armah and produced by eOne, will be the latest Spike Lee Joint after Da 5 Bloods and American Utopia, both of which were met with critical acclaim. Currently untitled, the […]