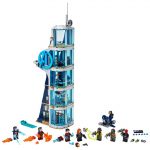 Ahead of the launch of Phase Four of the Marvel Cinematic Universe later this month, The LEGO Group has announced that it will pay tribute to the Earth’s Mightiest Heroes this summer with five new MCU-inspired LEGO Marvel Super Heroes Avengers sets in Wrath of Loki (priced $59.99 and featuring Iron Man, Thor, Hulk, Captain […] 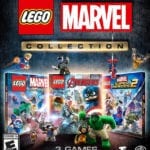