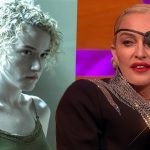 Madonna is tackling Madonna, and now the Material Girl has cast herself. Variety reports that Julia Garner, known for her roles in Ozark and Inventing Anna, will star as Madonna. Garner is fresh off Inventing Anna, a cult hit on Netflix where the actress played controversial real-life figure Anna Delvey. The hunt for the perfect […] 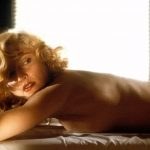 Multi-award-winning artist Madonna is set to direct, co-write and produce her own untitled biopic based on her life and career for Universal Pictures. According to Variety, Madonna will co-write the script with Oscar-winning writer Diablo Cody (Juno) and produce alongside Amy Pascal – who she worked with on 1992’s A League of Their Own. Pascal will produce […] 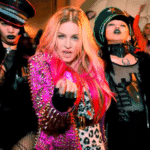 MGM has announced that Madonna will be getting back behind the camera to direct Taking Flight, an adaptation of Michaela and Elaine DePrince’s memoir of the same name. Scripted by Camilla Blackett (Fresh Off the Boat, New Girl), Taking Flight tells the true story of Michaela DePrince, an ophan from war-torn Sierra Leone who overcame […]

With the recent 40th anniversary of the death of Elvis, here is a look at those music stars who made a transition to film. Some were more successful than others. Some made a fleeting crossover and some are best forgotten as far as their film careers went… In terms of the King, Elvis has an […]

THR is reporting that Universal Pictures has snapped up the rights to Elyse Hollander’s Black List script Blond Ambition, a biopic of pop superstar Madonna. The film will be set in the early 1980s in New York and follows Madonna Louise Ciccone as she works on her first album, struggling to get it released while […]

It looks like Madonna is set to get back behind the camera, with the music superstar revealing to Harper’s Bazaar that she is set to write and direct an adaptation Andrew Sean Greer’s novel The Impossible Lives of Greta Wells, which will be titled Loved. “It touches on a lot of really important topics I’ve always […]

Matthew Lee ranks Guy Ritchie’s films from worst to best… To coincide with the release Guy Ritchie’s latest comedy spy caper The Man from U.N.C.L.E., we’re looking back on his prior films to see how they stand today. Let’s see if time has been either kind, or harsh, towards his back catalogue. Sometimes retrospect can add further appreciation to […]