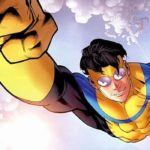 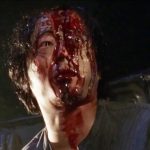 AMC’s The Walking Dead kicked off its seventh season by recreating one of the most iconic – and most gruesome – moments of the entire comic book run: the introduction of Negan and Lucille. While Glenn Rhee’s (Steven Yeun’s) grotesque death was faithfully translated to the screen, the producers decided to ramp up the horror […] 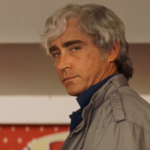 Ahead of its release next month, the first trailer has arrived online for the 80s-set biographical black comedy crime thriller Driven which stars Lee Pace as the automobile engineer and founder of the DeLorean Motor Company John DeLorean and Jason Sudeikis as FBI informant Jim Hoffman. Directed by Nick Hamm, the film features a cast […] 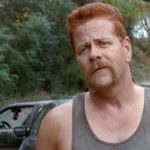 The Walking Dead alum Michael Cudlitz – who played the character of Sgt. Abraham Ford, until his fateful encounter with Lucille – is set to headline a new single-camera comedy pilot for ABC. Written and executive produced by Tim Doyle (Last Man Standing), the show takes place in the 1970s and stars Cudlitz as a […]

Oli Davis looks back on the first half of The Walking Dead season 6… The last two episodes of The Walking Dead Season 6A managed to recapture the magic of the openers. Dramatic, poignant and superbly directed in places. Glenn is nearly reunited with Maggie, Denise has been kidnapped by Morgan’s imprisoned Wolf, and Rick […]

Oli Davis reviews The Walking Dead Season Six, Episode Eight… Start to Finish. Directed by Michael E. Satrazemis. Written by Matthew Negrete. It’s difficult to write about Season 6a’s closer episode without mentioning the one immediately before – a rare ‘catching our breath’ period, as Michonne coined it. I’d call it ‘the calm before the […]